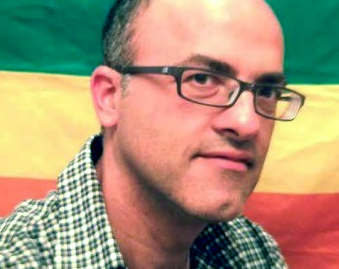 A re-release of the award-winning book “Death of a Monk” by Alon Hilu marks a decade since the original publication of the book. In the introduction to the new edition Hilu reveals the fascinating personal process he went through recently, which led him at the age of 41 to “connect to my true self and my true sexuality – and come out of the closet.”

Alon Hilu, the recipient of the 2004 President’s Award for his debut novel ‘Death of the Monk,” and the Prime Minister’s Prize for Hebrew Writers, is currently living in Tel Aviv with his partner and two daughters. This is his introduction to the re-release of the classic novel.

“The very thought of coming out threw me into a huge panic because of its far-reaching implications for all of my life cycles. I was married with two daughters, and I knew that the decision to come out about my sexuality would lead to an unavoidable divorce, as indeed happened.

“People who were close to me, family and friends, were not surprised when I told them I was gay. After all, they’ve read ‘Death of the Monk’, with its blunt descriptions of love between men. I got a hug and empathy from my parents and my brother and sister, but the only one who could not come to terms with the new reality was me.

“I think there was not a moment last year when I didn’t wait for it – a fatal smack that would hit me following the dramatic action I took. As someone awaiting sentencing after the desecration of the Sabbath, I too, was overcome by waves of panic that the worst would happen: that I’d lose my mind, that I’d lose all my assets, that I’d remain lonely for the rest of my life, because I dared to come out of the closet.
But does being gay mean getting punished?

“Today I understand that it is precisely the thought patterns behind the writing of ‘Death of the Monk’: the deep self-persuasion that at the root of homosexuality there’s something bad, impure, because of which – in the book – an entire community was almost destroyed, and because of it – in my personal life – all that was laboriously built up would be destroyed. At the time the book received an ambivalent attitude from the LGBT community: alongside sweeping praise, there were those who recognized the lack of total acceptance of gay sexuality and warned of the literary link between the blood libel and queer sexuality.

“Like Aslan Farhi, the wise elder at the end of the book, I learned that you can be yourself and stay alive. Be willing to pay the price in full, but also know that you did the most important thing imaginable – being truly present in your life, being who you really are.

“In the last year I applied in my personal life the simple insight I wrote ten years ago, coming from Aslan Farhi’s throat: “For there is no anger at God for this act of love between people, and after all, this love … does not distinguish between believers, between lovers, between people. ” 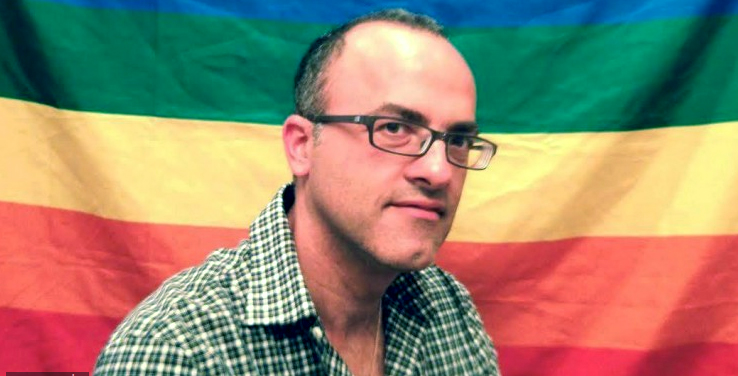