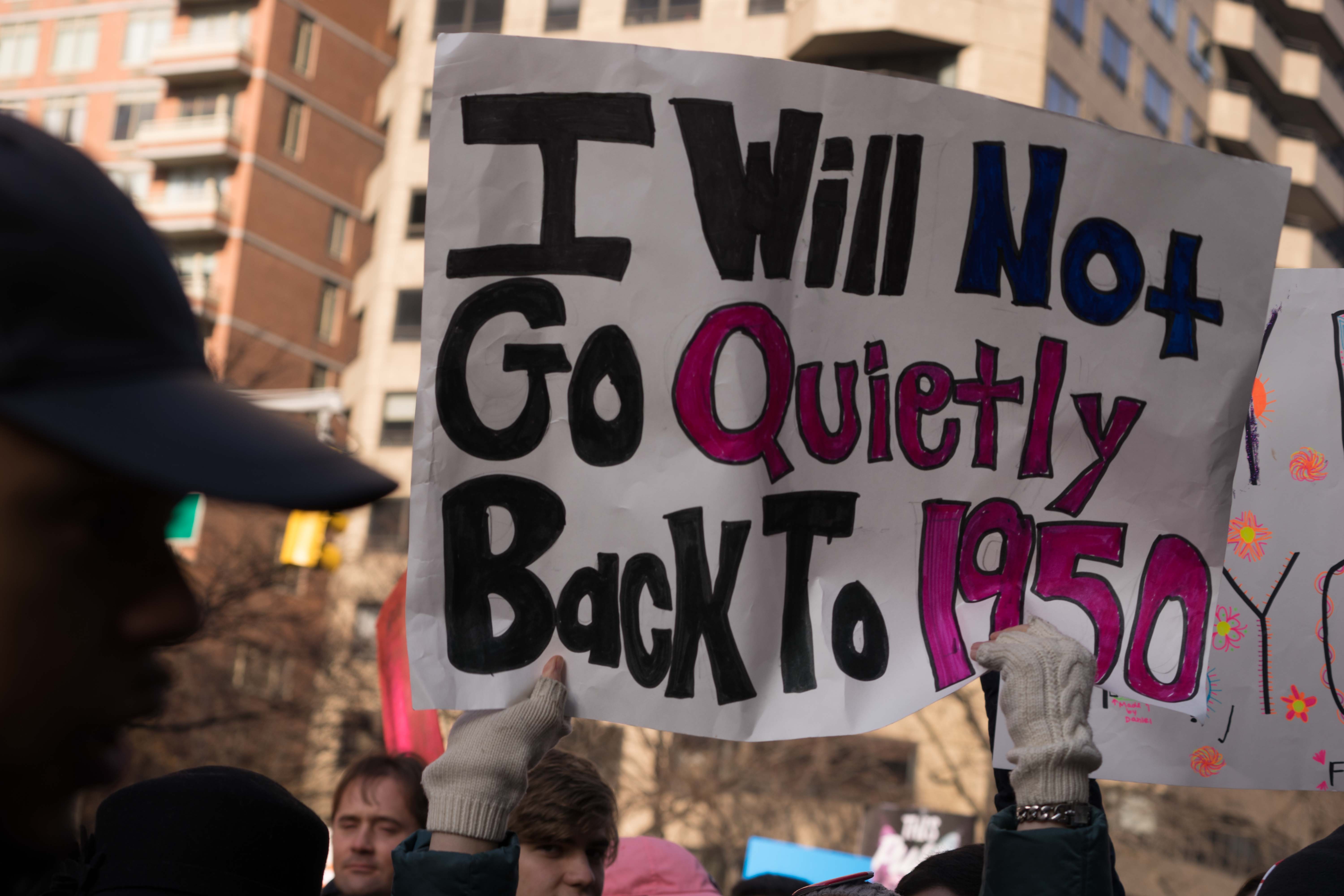 The repressive anti-abortion laws passed in Alabama and Missouri are an assault on reproductive rights in the US. Many of the people affected are low-income women of color who have historically been disenfranchised in our country. And while there was positive news with the passage of the Equality Act, a bill that extends civil rights protections to LGBTQ people in the US, the reality is that the Senate is poised to block this bill. In doing so, the Senate will have stalled the thirty years of forward momentum of the LGBTQ rights movement.

The administration’s rollback of our rights – reproductive choice and LGBTQ equality — are interrelated issues: are an assault on our freedom of choice over our bodies and our partners. This is unacceptable. We believe in the importance of autonomy over one’s body and family without government restrictions and judgment.

While abortion is an extremely charged issue for many Americans, even the Alamaba law struck many conservative pro-lifers as being too extreme. Conservative commentator Tomi Lahren has been outspoken in her critique of the law, stating that “it doesn’t save lives, but simply forces women into more dangerous methods, other states, or countries.”

We can and should learn from Israel, a country that also has a sizeable religious population against abortion – yet maintains a better track record than the US in terms of reproductive rights. This is not to say that Israel maintains the golden standard. Women in Israel do not have a blanket right to terminate their pregnancy by law and have to appeal their case before a termination committee. That said, Israel does offer legal, accessible and state-funded access to abortion. And, the legality of a woman’s right to choose is not up for debate. Additionally, a majority of reproductive care is funded by the government including family planning services through childbirth. Even staunch anti-abortion critics in Israel do not try to limit abortions through curtailing reproductive freedoms – but rather, there are programs to support women – for example, offering financial support after a baby is born.

We can also learn from Israel’s track record when it comes to LGBTQ rights and the military. The Israeli Defense Force (IDF) has been at the forefront of LGBTQ inclusion for decades, allowing gay and lesbian soldiers to serve openly since 1993 and transgender folks to serve openly since 2000. Contrast this to the US military ‘don’t ask, don’t tell’ policy and the recent ban against transgender soldiers from entering the military. Recently, the IDF has created gender-neutral forms – switching ‘mother’ and ‘father’ to ‘parent 1’ and ‘parent 2’. And the 1992 Knesset Human Dignity and Freedom law granted equal opportunity for LGB Israelis in the workplace, among other social rights.

Israel’s model teaches us compassion and humanity. This is certainly antithetical to what is happening in the US. At the heart of our anti-abortion and anti-LGBTQ laws is an attempt to dehumanize and control. We are being made into ‘the other’ so that our freedoms can be curtailed. This is unacceptable and shameful. We call upon our leaders to do better. We call upon the Senate to pass the Equality Act into law. We call upon each other to be vocal, to vote and to continue standing up for our Jewish values of dignity, equality, and justice for all.

Ronit Bezalel is the Communications Director for A Wider Bridge.