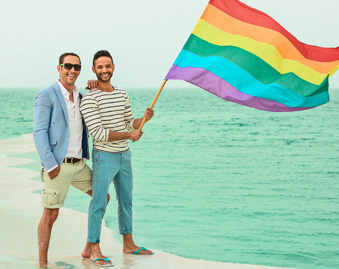 VIP Pickup from the airport, one-day trips to Jerusalem and the Dead Sea, event productions in Israel and other tourism attractions are part of what the new tourism company Fabulous Israel offers to LGBT tourists who are interested in a blue-and-white-and-pink vacation in Israel. 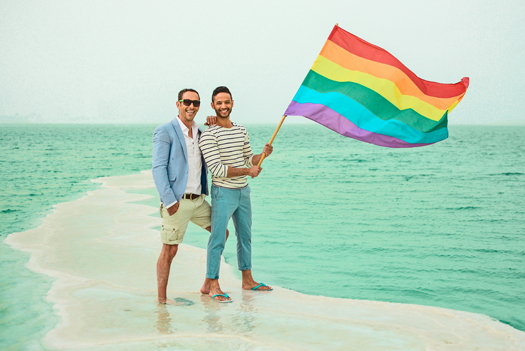 Israel’s tourism figures are going up. Insanely. During last June, “pride month” in Israel, 72,000 LGBT tourists  arrived in Tel Aviv- four times more than at the same period the year before. The amazing increase is a result of the fact that Tel Aviv has become over the last couple of years a hot destination for LGBT (mainly gay) tourists. That is the base for launching ‘Fabulous Israel,’ a new boutique tourism company in Israel that is focused on LGBT tourists. “After many years of having guests from other countries and showing them around Israel, we finally realized that it can become a business,” says Nadav Peretz, who, along with his friend Asaf Torrez, have founded the company. “We’re going to show the tourists the liberal and lively Israel that is made up of a variety of cultures and landscapes, and all of that with a sensitivity and understanding of the needs and interests of an LGBT tourist.”

“We believe that Israel has everything it takes for the perfect vacation, filled with fun experiences and pleasures that can be remembered for life,” Peretz continues.

The model according to which ‘Fabulous Israel’ is working is rather different. First of all, Nadav and Asaf are not embarrassed to put their own faces on the pictures promoting the company, and on the website. “I think it means a lot that you see that there are faces behind this company, rather than just booking your vacation on some random website” Nadav tells A Wider Bridge. “It sends out our message that we personally take care of each and every one of our clients, and there’s always someone to talk to, make a special request, or even complain- if something goes wrong.”

Also, people who are interested in booking their trip can consult Nadav and Asaf through their website, OR, turn to one of their 25 local “ambassadors” around the world: from Singapore and Rio to London and New York. The ‘Fabulous Israel’ ambassadors are willing to “share their local experience” of going to Israel and to help personally with the booking and preparing process.

Peretz, who also serves as the president of the company, has a BA in Government and Diplomacy, and served in the army in the IDF spokesmen’s office. He also served as a Hasbara (publicity) and media officer at the Israel consulate in New York, and a media officer to Israel’s delegation at the UN. In 2008 he founded the first Israeli website that targets international LGBT tourists – GayTLVGuide.com, and he volunteered at IGY. Later he represented Israel in the Prime Minister’s ‘Faces of Israel’ project.

“Since we launched the company we received so many bookings, that I feel as if gay tourists have felt that something like this was missing,” says Nadav. “They needed a local gay guide to show them around. Some of our new clients have already been to Israel, but now want to experience it through an LGBT angle.”

It’s going to be fabulous!

Nadav Peretz (on the right), President of Fabulous Israel, with co-funder and CEO Asaf Torrez