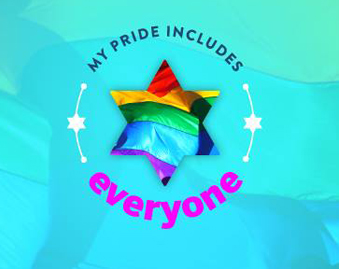 Halifax resident Howard Heyman says that the anti-Israel resolution at Halifax Pride denigrates his identity as a gay Jew and excludes him from fully participating in Pride.

As a Nova Scotian and member of the local LGBTQ+ community, I never thought I would see the day when I would be asked to hide a central part of my identity — or face exclusion — at Halifax Pride.

In many ways, this is related to the fact that I am a double-minority: I am gay and Jewish.

In fact, I moved here from Boston 15 years ago precisely because I wanted to live in a community as open and tolerant as Halifax. Just as I am now a proud Canadian, I am no less proud to be a gay Jew.

LGBTQ+ Israelis, like the LGBTQ community here in Halifax, have made great strides in the past several decades in living open and authentic lives. That journey is not yet complete for all LGBTQ+ people in Israel, nor in Nova Scotia. We can only achieve full equality as LGBTQ+ people if we work together as a global LGBTQ+ community.

This is why I was so disappointed to learn that a resolution will be proposed at Halifax Pride’s annual general meeting on Oct. 5 that would censor me and many others celebrating at Pride.

If passed, the resolution in question would end up forcing the Atlantic Jewish Council — a Halifax-based, community non-profit that marches in Pride — to have its materials censored to remove any mention of Israel at Pride. This includes any celebration of the achievements of Israel’s LGBTQ+ community.

Simply put, this resolution denigrates my identity as a gay Jew and excludes me, and many others like me, from fully participating in Pride.

Continue reading in The Chronicle Herald