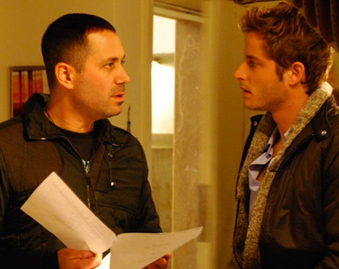 But Out in the Dark—a story about a Palestinian student named Nimer and his Israeli lawyer lover, Roy—is more of a gay Persepolis to Brokeback‘s triple-denim Disney drama. Set against the backdrop of Israeli-Palestinian relations—historically, not the best of relations—it explores the stigma of gay, inter-faith relationships between men from perhaps the two most notoriously opposed countries in the world.

VICE: Hi, Michael. What inspired you to write and direct this story?
Michael Mayer: I met a friend for dinner who was volunteering at the gay and lesbian center in Tel Aviv, and he told me about the support they offered to Palestinians hiding illegally. First of all, I never knew about that. We chose to tell this story very intimately, about people who aren’t politically involved until they’re forced to confront and take sides and actions. They try to float above it, like a lot of people in Israel do, out of exhaustion in dealing with the conflict over the years. I’ve become more politically aware through the process of making this film.

Was your intention to make more people politically aware, or did you just want to tell a good story?
My first priority was emotional impact. To assume that the film will actually create change is pompous. Even if one person goes home after the movie, googles “gay Palestinians” and reads an article, that’s more than I could’ve asked for.

Has the audience response in Israel been different to the response in other countries?
Yes. The reactions at home were surprisingly embracing for a niche film. Some left-wing Israelis felt I didn’t push the political envelope enough. But the movie opened in Israel on 18 screens, which was a big surprise to me because of the gay subject matter. Obviously it played much better in Tel Aviv.  But it also had to do with the success we had internationally. It made Israeli audiences curious.

Did any Palestinians attend the Israeli screenings?
There was a nice turnout of Palestinians, yeah. The film probably won’t be released in the Palestinian territories since there’s no theater in Ramallah right now. But some people were trying to organize a Palestinian screening in a public space, like a university, but that hasn’t happened yet.

Read the full story on Vice 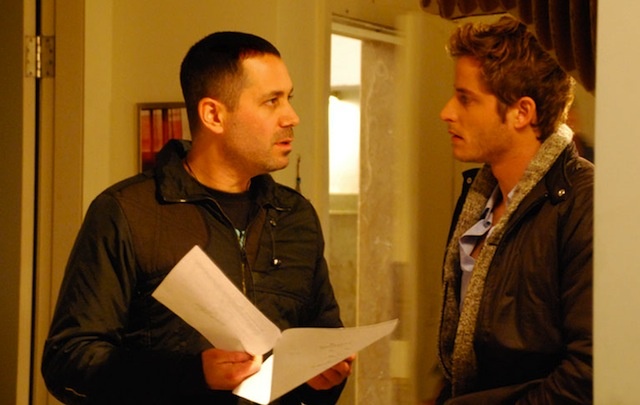