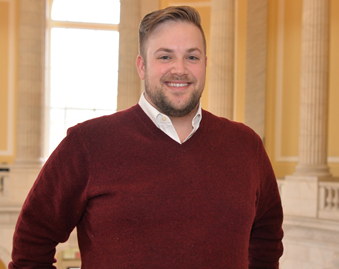 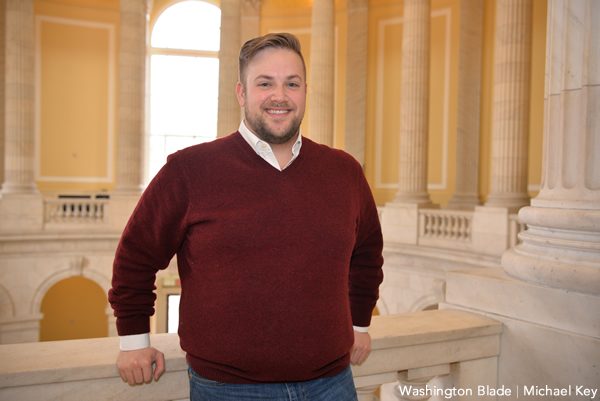 Three years ago Ben Rosenbaum volunteered to chair Nice Jewish Boys and says, “It has been a blast creating a fun and welcoming community for gay Jews and our admirers or, as we sometimes call them, bagel chasers.”

The Boys are a social group for gay, bi and trans Jews in their 20s and 30s. For nearly a decade, the group has held monthly happy hours, Shabbat dinners, an annual weekend retreat and various holiday celebrations. Find the group on Facebook for details about its events.

Rosenbaum, a 33-year-old senior legislative staffer to Rep. Dina Titus (D-Nev.), came to Washington nearly a decade ago to work in policy. A native of Pensacola, Fla., he is single and lives in Shaw.

How long have you been out and who was the hardest person to tell?

I started coming out just after college telling my best friend since birth. It was a process over the next few years with family members, coworkers and friends. My dad was the last person I came out to. He’s older and I think it is still hard for him to find the words to talk with me about this aspect of my life.

As a gay Jew who openly serves a member of Congress, it’s hard to think of anyone but Frank Kameny. Fired from a federal job in the 1950s when it was discovered he was gay, he spent the rest of his long life fighting for LGBT quality so I could live and work openly.