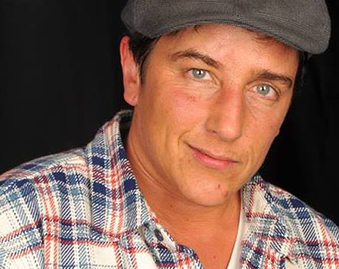 Tuesday 31st March 2015 is International Transgender Day of Visibility. Surat-Shaan Knan, a trans* Jewish blogger and activist, writes on the importance of this day, and shares his personal story 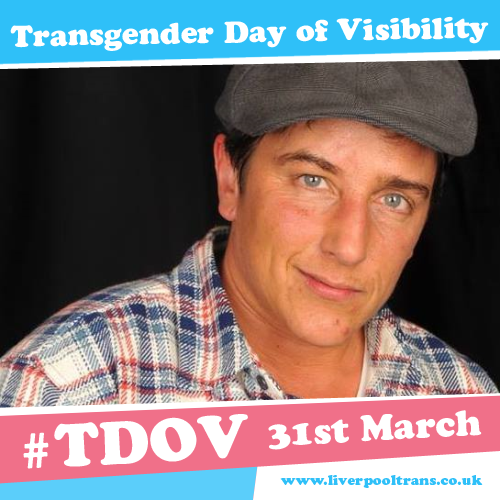 This month, a Jewish transgender teenager made the headlines all over the world. Tom Chai Sosnik’s ‘coming out’ speech went viral after being posted on Facebook by his family on March 16, and has been viewed thousands of times ever since. He has been hailed as a role model for young trans* people. Tom says he was inspired by Leelah Alcorn’s legacy – a 17-year-old trans woman who committed suicide after having been forced by her Christian parents to attend conversion therapy:

‘I thought about her every day. Her words in the suicide note she left behind still echo in my ears: “Gender needs to be taught about in schools, the earlier the better. My death needs to mean something. …. Fix society. Please.” I really took this in. Her message must be heard. Thank you Leelah for giving me the strength and inspiration to come out to the world, rest in power.’

March 31st is also an important anniversary in my personal calendar. It was the day when I decided to come out as trans* to my family three years ago. I was already in my 40s. What took me so long? Looking back, I can confidently say it was the lack of role models, ‘out’ transgender people, that made it so hard for me to accept this fundamental part of myself. Despite the fact that I had come out as ‘queer’ at the age of 16, I was clueless as in regards to my gender identity. I did not know of any trans* kids at school, or later, fellow students at university. At shul, hardly anyone had heard about LGBTQI+ inclusion. I had never heard anyone say the word transgender in my family, and even less so ‘transgender Jew’. It would have sounded like an oxymoron.

Times have changed. There’s a long history of people within the community who stood up, fought and shared their story. I was inspired by such trailblazers – just to name a few: Joy Ladin, Elliot Kukla, Reuben Zellman, and Yiscah Smith. They finally showed me there was more to Judaism and sexuality than a few verses in Leviticus. Resources such as Transtorah  introduced me to ancient texts discussing at least five genders within the Jewish tradition. I do wonder sometimes if I’d still be lost somewhere on my gender odyssey, had I not come across these terrific teachings.

On the whole, transgender visibility has increased in the last few years, and high-profile role models such as Laverne Cox have emerged. Yet, unlike Tom’s story, most of the media coverage about trans* issues focuses on a few ‘sensational’ aspects such as celebrity status, surgery, crime or suicide. There are a small number of platforms allowing transgender people tell their own stories. And even less so when it comes to intersecting identities, such as being Jewish and trans*. This is a major lacuna that needs to be addressed.

I’m happy to see that transgender issues are high on the agenda at Israel’s International LGBT Conference in June. After being nominated as new Jewish LGBT pioneer by Haaretz on the occasion of Tel Aviv Pride 2014, I feel honoured to have been invited by A Wider Bridge to participate and share my views.

Here in the UK, this gaping lacuna may be filled in by a pioneering oral history project that was launched only recently by Liberal Judaism – Twilight People: Stories of Faith and Gender Beyond the Binary  This Lottery Heritage funded project records and showcases the ‘hidden history’ of transgender and gender-variant people of faith in the UK, past and present. It explores faith and gender beyond the binary categories of male and female by means of oral history, film and photography.

I am proud to say that I am the driving force behind this initiative. Being an ‘out’ trans* Jew who was ‘closeted’ until late in life, I feel extremely passionate about creating a platform for all those transgender voices and faith journeys that might otherwise not be heard. Every story counts; every single transgender life has made a difference to our community. This is the beauty of oral history recording. I also hope that Twilight People will help raise awareness of the multiple layers of identity including the intersectionality of faith, race, sexuality and gender.

I guess not everyone needs role models, and I’m aware that some trans* people prefer not to be ‘visible’. This may be for various valid reasons. After having transitioned, some people wish simply to blend in, to live the life they had wished for all along. And, that’s perfectly ok.

Personally, I do think a lot about the need to be visible as a transgender Jew. I may never be as well-known as the great icons such as Kate Bornstein, but I do hope I can help create a safe and positive space for other trans* Jews to feel at home in their gender, sexuality, and faith.

Transgender Day of Visibility might not have been celebrated for very long, but transgender people have been part of this world since creation (wasn’t the adam some kind of bi-gendered being?). It is important to recognise and celebrate our contribution to the community and society at large.

Surat-Shaan Knan works for Liberal Judaism UK, and has founded the landmark projects Rainbow Jews and Twilight People. He serves as the community coordinator of Ritual Reconstructed and blogs on Jewish News UK about transitioning