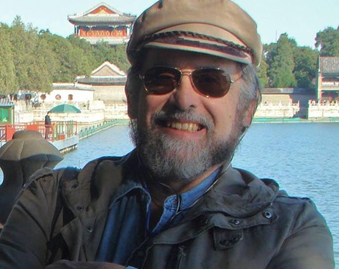 Stuart Sotsky, 2015 A Wider Bridge Mission Alum and President of DC’s LGBT Congregation, Bet Mishpachah, is satisfied with the remarkable parallel development of LGBT rights in Israel and continues to find inspiration to guide him in traditional Jewish teachings and humanistic values. 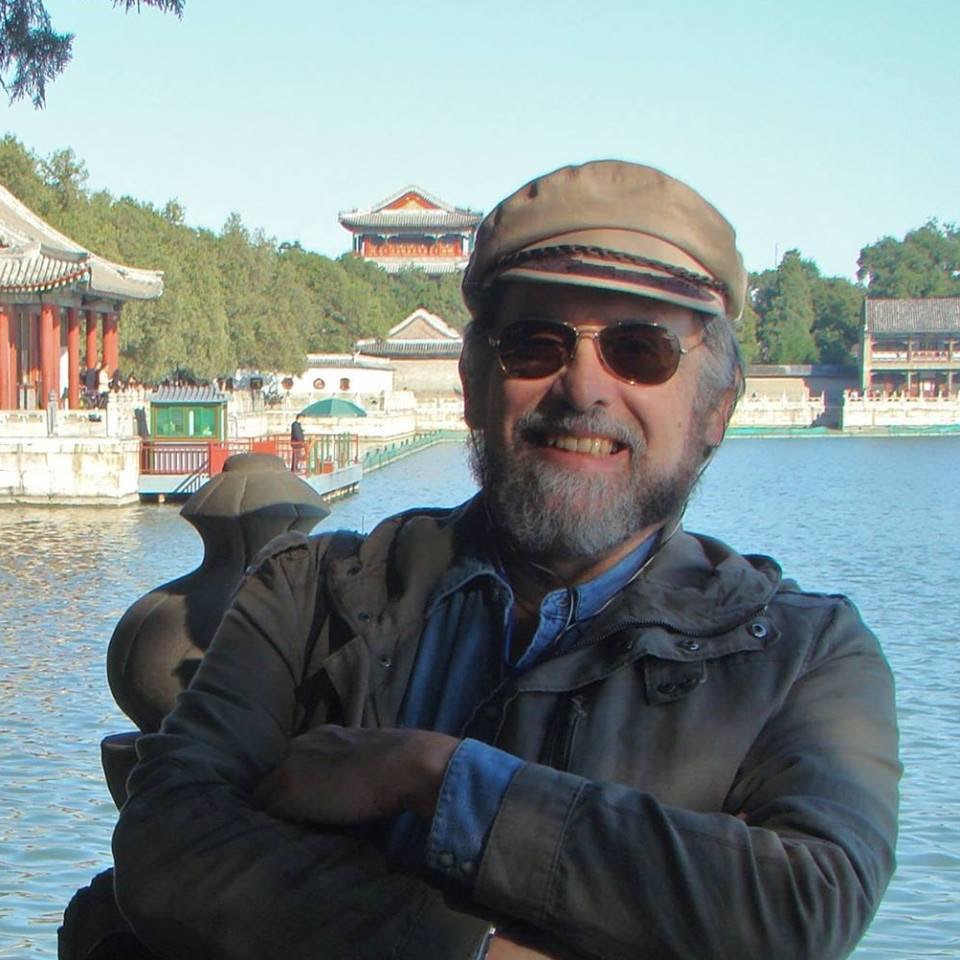 The human concept of justice is embodied in our religious precepts, legal codes and political ideologies. Despite admirable efforts to reach international consensus on universal human rights, adherence to them has failed miserably in too many societies in which self-determination, freedom of belief, expression, and identity, and personal security, have fallen prey to corrupt and oppressive authoritarian power, sometimes justified by religious ideology. In our own society, there have been continuing efforts “to form a more perfect union” to fulfill the promises of equality and human rights embodied in our Constitution and Declaration of Independence. While there has been substantial progress in civil rights, women’s rights, and LGBT rights over the past two generations, we still bear painful witness to disturbing evidence of persistent racism, sexism, homophobia, transphobia and anti-Semitism, encouraged by appeals to primitive fears and hatreds by too many political and religious leaders. Such acts conflict with core Jewish moral values that demand that the laws apply equally to all within the land, that strangers within the land be treated with respect and understanding, and that we treat our neighbors, especially those who are different, as we would wish to be treated ourselves. At a time when Muslim, Christian and Jewish fanatics justify murderous attacks in the name of God on those who do not conform to their extreme beliefs, should we not stand with all people of good will, whose security in the expression of their own identities, religious, ethnic, or sexual, is not threatened by those who have a different identity? As Jews and gay people we are all too familiar with the consequences of the persistent destructive human tendency to scapegoat and cleanse from society those whose differences are perceived as a threat to the righteousness of the way of life of the majority population.

We can be proud of the impact that the presence of Bet Mishpachah has had over our forty year existence, along with that of all other LGBT congregations, in standing up to the condemnation and exclusion of LGBT people in the Jewish community. We can be proud of the impact that our individual and communal acts of coming out and protest over the past two generations have had in changing the hearts and minds of our families, friends, coworkers and neighbors. These actions have led gradually to the emerging social, religious, and legal acceptance of the lives of those with varied sexual and gender identities. These changes are manifest in the generational shift in attitudes about gender and sexual identity of those who have grown up in a society more accepting of the presence of open friends, relatives, and teachers and more realistic, less biased, public representation of LGBT people in the media and the arts. They are manifest in the increasingly inclusive and egalitarian practices among Jewish congregations, particularly in the Reform, Reconstructionist, and now Conservative denominations, including ordination of LGBT clergy and sanction of same-sex relationships. In the history of Bet Mishpachah two notable examples were our inclusion in the Jewish Community Council, with strong support by the larger Jewish community, after years of opposition by Orthodox congregations, as well as the outreach by the DC JCC to make our home in the heart of the Washington Jewish community, after many years outside the gates in a series of welcoming churches. These changes have also been manifest, of course, in a series of major Supreme Court decisions over the past years that abolished laws prohibiting private consensual sexual relations between people of the same gender, that extended protection against sexual harassment in the workplace to men and to co-workers of the same gender, that forbade states to preclude local governments from extending rights to LGBT people by referendum, and that culminated in the recent historic overturning of DOMA and extension of equal access to the dignity of marriage to couples of the same gender.

And we can take satisfaction, too, in the remarkable parallel development of LGBT rights in Israel. Through the activism of organizations and individuals, and growing legal and political support from the Supreme Court and non-Orthodox parties in the Knesset, a civil society has been created in which LGBT people can lead their lives more openly, in Tel Aviv and elsewhere. This has developed despite the hateful and sometimes violent opposition of Jewish fundamentalists, as we witnessed with horror at the Jerusalem Gay Pride parade. After all there is nothing Jewish or moral in dehumanizing people to justify acts of cruelty and violence, if our own experience in the Holocaust at the hands of the Nazis has taught us nothing else. On my first visit to Israel in 1988 on sabbatical at Hadassah Medical School of Hebrew University in Jerusalem, there were no gay pride parades, nor were there any public gay businesses or activities. Most gay men and lesbians led closeted lives as best they could in a small country with an extended family and social network that left little chance for anonymity. There were a few openly gay public figures in the arts and media in Tel Aviv and some couples were able to lead discreet private lives. Israel was in a state socially like that of the US in the late 1960’s before Stonewall, but it was primed for major legal and political changes, even before they occurred here. Propitiously, shortly before my arrival, the Israeli Supreme Court issued a decision overturning the anti-sodomy law and in another case prohibited discrimination in employee rights for same sex partner benefits. These were the early days of the Agudah, the first Israeli LGBT rights organization, that began to provide a safe private haven for LGBT Israelis. The Agudah later provided the nucleus for advocacy for social justice, including under the presidency of Liora Moriel, now our own vice president for religious affairs.

When I last visited Israel this June on a mission with A Wider Bridge, an organization that fosters connections between the American and Israeli LGBT communities, I witnessed an amazing change. We visited the campus of the Hebrew Union College in Jerusalem, where gay, lesbian and now trans candidates are studying for ordination, in a country whose religious life and marriage, divorce and adoption laws have historically been dominated by the authority of the Orthodox rabbinate. We visited the Western Wall where, again as a result of a Court decision challenging Orthodox authority, a section had been opened for prayer for men and women together. And a trans woman activist bravely joined her cis-gendered sisters from our group and prayed at the section reserved for women. In the Galilee we visited a kibbutz that has struggled with issues of diversity and now includes gay, lesbian and trans families. We met there with a gay American rabbi who has joined the kibbutz with his husband and their two adopted African-American children. In Jerusalem we joined openly gay students from Hebrew University and Hadassah Medical School at a dinner and dance performance by the Ruach Hadashah (New Spirit) company. And in Tel Aviv we were welcomed to a Shabbat service and communal dinner with the only Orthodox congregation in Israel that includes LGBT people and their families.

The final portion of the mission began with a three-day conference in Tel Aviv celebrating “40 Years of Pride,” marking the 40th anniversary of the Agudah, which co-sponsored the event with A Wider Bridge, The World Congress of GLBT Jews, and Beit Haverim, the Gay and Lesbian Jewish Group from Paris. It also coincided with the 40th Anniversary of Bet Mishpachah, and I was pleased to be joined by our members, LySandra Brady and Barbara Goldberg, later elected Vice President of the World Congress. We heard from gay political keynote speakers including the Mayor of Seattle, Ed Murray, a mayor of Paris, and a member of the legislature from Sweden, as well as activists from as far as Argentina and Nigeria, who attended to advocate for LGBT rights, despite opposition at home from those who sought to boycott Israel. We listened to panels with representatives across the Israeli political and religious spectrum often disagreeing strongly about human rights policies toward Palestinians, yet agreeing remarkably about equality and integration of LGBT people in the society. We learned about the experience of a young gay Druze man from the Golan whose traditional community precluded his living openly there, persuading him to move to Tel Aviv. In Bethlehem in the West Bank a young gay Palestinian man, invited to share lunch with us, fled when he feared he was recognized and might suffer harm because of public identification of his sexuality. Regrettably in the Palestinian territories and surrounding Arab countries, LGBT people continue to face stigmatization, legal harassment, violent attacks, imprisonment and even death sentences. We were told that many Palestinians, especially LGBT Palestinians, are more afraid of the Islamic extremism of ISIS, Al Qaeda and Hamas, than of Israel.

Certainly one of the more extraordinary experiences was our participation in the first gathering of the LGBT caucus of the Knesset with representatives of all the political parties except the religious parties. It was an historic legislative hearing on transgender rights. Legislators were moved to tearful responses by the personal testimony of courageous trans teenagers from Israeli high schools and colleges documenting both the harmful effects of ignorant discrimination and hostility, as well as the constructive impact of support and understanding by principals, teachers and fellow students. Their testimony and advocacy for reform of the government education system were reinforced by a powerful statement from Marsha Botzer, a prominent American transgender activist and member of our group. Opposition leader Isaac Herzog and former ambassador to the US Michael Oren offered support. Everyone was stunned when the first openly gay Likud party candidate Amir Ohana arrived to read a statement of support for trans rights by Prime Minister Benjamin Netanyahu. Earlier that week conservative Israeli President Reuven Rivlin had welcomed a delegation from Israel Gay Youth to his official residence in an effort to heal divisions between different segments of Israeli society. You may remember that we hosted representatives from Israel Gay Youth at Bet Mishpachah earlier this year.

The culmination of the trip was the joyous celebration of the Gay Pride Parade in Tel Aviv by 180,000 men, women and children, gay and straight together. Sponsored officially by the Tel Aviv municipal government, which also funds the LGBT Center in Golda Meir Park, the route was gaily decorated with both Israeli and rainbow flags and the facades of the French and American embassies were draped in large rainbow banners. The transformation of Tel Aviv into the LGBT “capital” of the Middle East from a community of secret meetings of gay and lesbian people in private homes, was likened by Oded Fried, the head of the Agudah, to the transformation of Israel’s society and economy over the more than 60 years since independence. Certainly we cannot imagine that a Gay Pride Celebration would be permitted, let alone officially endorsed, in any other country in the Middle East. In both the United States and Israel, there remains much work to do in the continuous struggle to advance human rights and social justice to create a viable pluralistic society for all, including but not limited to LGBT people. We must strive not only to change the law and government policy, but also to change the hearts and minds of the people. As we do, we can continue to find inspiration to guide us in traditional Jewish teachings and humanistic values.