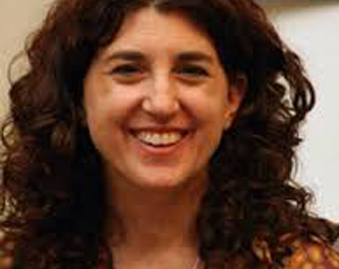 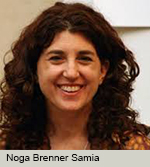 It’s hard to know what to say that has not already been said. I will not attempt a political or strategic or military or geopolitical analysis. The only thing I can share is how I feel. And the bottom line is: I am worried.

I am worried about the IDF soldiers in Gaza getting hurt – some of them friends, colleagues and BINA graduates. With each casualty my insides turn over and my eyes well up just thinking about that mom/wife/child who has to live with such loss, and I can’t help thinking about my son who is 15 and a half….where will he/we be in the next round?

I am also worried about the innocent civilians in Gaza getting hurt. The loss and destruction the Palestinians there are facing is horrendous, and it’s not just their problem. It’s ours too. If we ever want to live in peace with our neighbors it is in our own best interest for them to be prosperous and hopeful.

I am worried about the innocent civilians in Israel getting hurt. What kind of country would put up with thousands of civilians living in-an-out of bomb shelters?

I am worried about the tunnels from Gaza into Israel and the danger they pose. Israel averted a possible catastrophe by discovering the tunnels in time. Just the thought of a terrorist showing up through a hole in the ground in a kibbutz dining hall gives me goosebumps.

I am worried about what this conflict is doing to our society. The racism and hatred towards Arabs and to “lefties” pouring out on the social media – and into the streets – is frightening. After the inevitable cease-fire, this is what we will be left with. This is the societal ill we will need to work tirelessly to change.

I am worried about what the conflict is doing to the image of Israel in the world (and its repercussions on our economy). I am worried about our children. How to answer my 9 year old’s question “Ima, what is “Em shakula”?” (Hebrew term for mother who lost her child in battle). What kind of people will they become – Israeli & Palestinian children – growing up in this reality?

I am worried about the future of Israel as a Jewish and democratic state Are we nearing the end of the Zionist experiment of our time? I am worried.

What it comes down to is this: Israel is divided. There are those that believe that Israel needs to fight longer, be tougher, strike harder; and there are those that say let’s talk, let’s negotiate, let’s come to an agreement. So far, Israel has tried both these approaches and both have failed. We’ve tried war and we’ve tried negotiations (although the latter perhaps not as earnestly as we could have). Both have yet to be successful in attaining peace, or even an agreement. So when you don’t have any reassurance as to what the solution might be (or if there is any solution at all), what it comes down to, ultimately, is what kind of person you want to be. Do you want to be a fighter or a peace-maker? Do you want to live in a society of violence or peacefulness? It’s a choice. An individual choice and a societal one. A choice for us and a choice for them.

I have made my choice. I choose to distinguish between terrorists and civilians; to fight terrorism, support our soldiers and defend Israel’s right to exist; while educating for tolerance, dialogue and understanding. I choose peace every moment, but it doesn’t make me any less worried. We have worried for thousands of years. And so I carry the torch. And continue to worry.