Cast members from the Broadway revival of ‘Fiddler on the Roof’ ring in Hanukkah with gay Jews in NYC, perform a gender-swapping ‘Matchmaker,’ and consider the classic musical in the age of gay marriage. 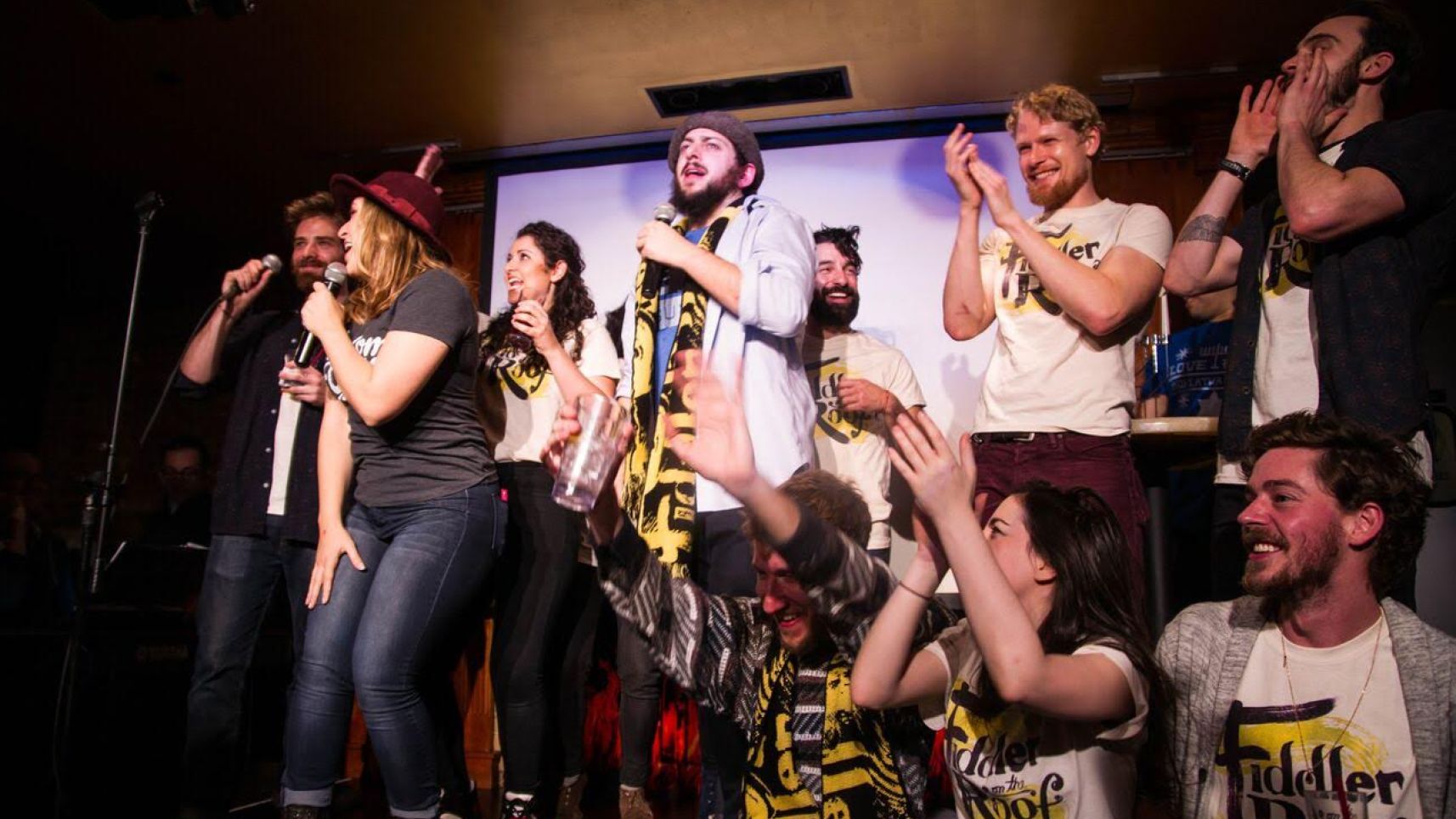 On the first night of Hanukkah in New York, families gathered at home, the Empire State building was lit up in blue and white, and the upstairs lounge at Therapy, a popular gay bar in Hell’s Kitchen, was crowded with a bunch of less-than-fashionable Jewish-themed holiday sweaters.

It was the second annual HanuCon, a festive gathering produced by Hebro, the gay Jewish social organization, meant as the Jewish equivalent to SantaCon, the rowdy goyish pub crawl where thousands of Saint Nicks stumble through the city. Jayson Littman, Hebro’s founder, surveyed the sold-out sea of nearly 300 men, Jewish and non-Jewish, snacking on, as well as avoiding, latkes. “We have a new crowd of people here,” he said. “A large theater crowd.”

That was because 15 members of the cast of the Broadway revival of “Fiddler on the Roof,” currently in previews and opening on December 20, were en route to perform a few songs and light the menorah. It would be their last stop on a daylong marketing blitz to share Hanukkah joy with a broad spectrum of demographics across the city, including a senior citizen holiday party, a children’s gathering at Macy’s, and an afternoon matinee with a talk-back for guests of the United Jewish Federation. But the Hebro event was the most highly anticipated.