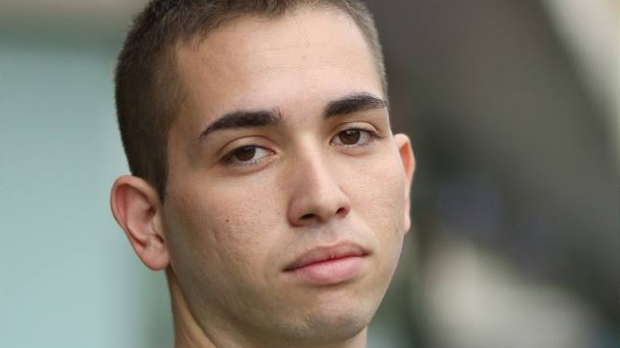 Avichai Abarbanel, head of Havruta-organization for religious gay men- spoke at a Pride event that was held in the city of Lod minutes after 200 Israeli rabbis signed an open letter that blasts organizations fighting for LGBT rights and labels their conduct “aggressive terrorism.” 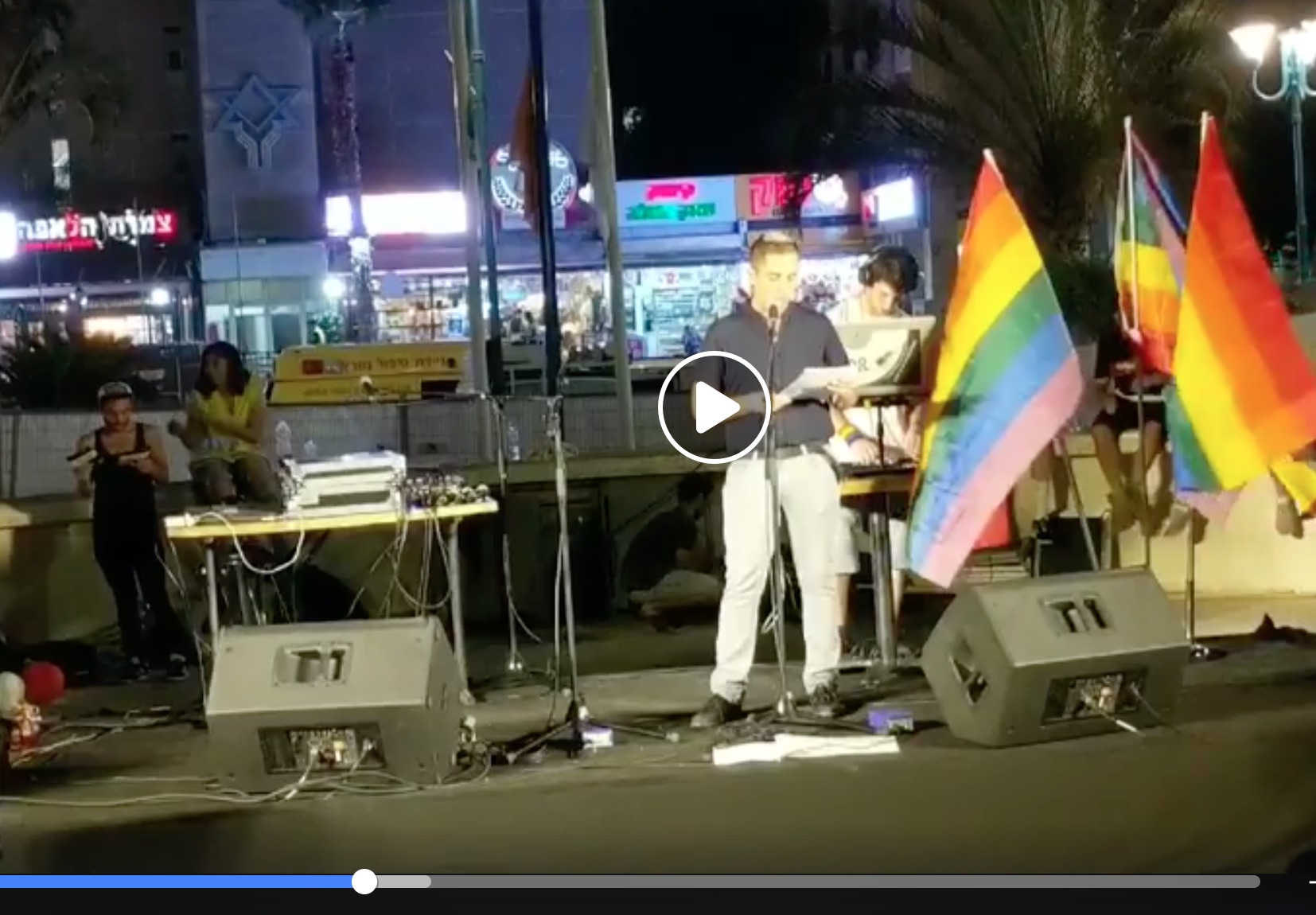 My name is Avichai Abarbanel. I have been active in the LGBT community for nearly a decade and in recent years I’ve devoted a significant portion of my life to advance the LGBT religious community and to work for LGBT people on the religious spectrum.

Last night, a press conference was held in which we, the community organizations in Israel, presented to the state the document with our demands list.

During the press conference, I was asked how we intend to deal with the statements of rabbis and public officials from the religious public – dark and offensive statements that sometimes even include calls for violence and incitement to murder.

Unfortunately, I had to admit that I did not have a good answer to this question, and that I knew none of us had. Over the past few years, we have heard and still hear the same rabbis and public figures who express themselves against us, encourage others to spill our blood and deny our right to exist.

It’s enough to look at the news of the last two weeks to fill this speech with derogatory words that were said against us, violent statements and quotations that claim that we are not entitled to equality and are not entitled to freedom. Yesterday morning we woke up to a hate graphic sprayed near the site of the murder of Shira Banki Z”L, and we have also received threats for holding this evening.

As if that is not enough, only a short while ago we were informed of another hate letter from disconnected rabbis who hold the oral Torah hostage and use it to beat and suppress LGBT people.

This is beyond me, I don’t have a good answer to the question of how a rabbi or a religious public figure allows himself to express like this. I was raised on the Judaism of “Love your neighbor as yourself”, Judaism of “Be respectful of your friend as you are of yourself”, Judaism that calls for love of others and respect, that embraces and includes, that alongside the clear boundaries and halachot sees its every son and daughter an equal, integral part of it.

Fortunately, throughout my years of activism I have come to know that these rabbis are a minority and those public figures do not represent the society that had sent them.

In our activities in the LGBT religious community, Havruta and Bat Kol, Shoval, IGY and Kirtzono, we choose to turn to you, our friends, our families and the people of our communities. You are the public and it’s in your hands to make a difference!

And to those rabbis and public figures who bother time and time again to accuse us of LGBT “terrorism” and silencing their opinions – here’s my answer:

If you argue that freedom of expression is terrorism – then I ‘m a terrorist!

If to claim that in your hands as leaders lies the responsibility for your statements, because your words have meaning, meaning that could kill, is terrorism – then I’m a terrorist!

If to work for youth in the religious public and protect them from the consequences of your words is terrorism – then I’m a terrorist!

If to disagree that time and time again my and my community’s eligibility for equal rights is deprived – then I’m a terrorist! We are all terrorists!

If we cannot make families and fulfill our love, if we cannot live as LGBT in freedom and security, we will continue to struggle and fight for our lives and for the image of Israeli society.

It’s in our hands–the power to make a change here.

I operate from a conception of the “holy rebellion,” a concept that draws inspiration from the beginning of religious Zionism and proves that it’s in our hands, the public, to demand this change from rabbis and public figures.

The rebellion is in the idea that it’s impossible to live with complex identities, like be both LGBT and religious. The rebellion is holy because we will not agree to give up our religious identity and our part in the Jewish world.

This rebellion is holy because Judaism and religion is ours, as a public, as people and families and friends and communities, long before it belongs to those rabbis and public figures!

Our hands have the power to make a change here –

Let us unite and demand the equality, freedom and security that we all deserve!

Israeli society as a whole, and especially Lod, is a fabric of identities and cultures, a mosaic of people. I hope that together we will succeed in increasing the amount of light and the good in the world, to glorify and illuminate the mosaic. With pride.