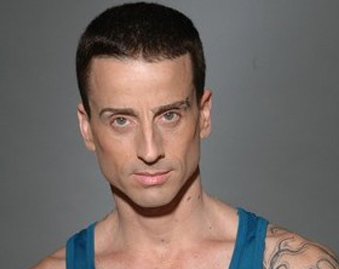 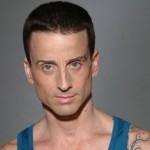 Ido Tadmor is a famous dancer and choreographer in Israel. He was one of the first public personalities to have come out of the closet and speak publically about his sexual identity. Tadmor was born in Jerusalem, the son of Neta Berdichevsky, dancer, and Yeshayahu Tadmor, director of the Hebrew Reali School in Haifa. When he was three, the family moved to Ramat Hasharon. When he was 14 they moved to New York for three years, then returned to Israel and settled again in Haifa. At that time Tadmor began to dance and came out as a homosexual, and since then he has never hidden his sexuality, and a few times has even been interviewed on the subject.

In 1982 Tadmor joined the Combat Engineers Corps but was released in February 1983, when he was 19.  Upon his release from the army he joined the famous Bat Dor dance group, and became its lead dancer after six months.

In 1985 he joined the most famous Israeli dance group, Bat Sheva, where he was a member until 1990, the year in which he won the acclaimed “Yair Shapira” Prize for dance. That same year, he created ‘Seven Last Words,’ his first work as a choreographer, during an evening he initiated and produced, entitled ‘Fast Food,’  a charity event dedicated to the fight against AIDS.

In 1995 he created the dance “Sima’s Pot.” Following this creation he established the “Ido Tadmor Dance Group.” Tadmor and his group became very successful.  With his creations for his group, Ido won endless awards, including two awards from the Minister of Culture of Israel. In 1999 he received the Lifetime Achievement Award from the America-Israel Cultural Foundation and again in 2003 he received the Israel Prize for theater for his work “Macktub”.

In 2001 the city of Tel Aviv assisted in establishing a dance studio in the name of Tadmor, who soon became the center of contemporary and up and coming choreographers in the whole municipality. Tadmor became even more famous  in 2005-2006, when he took part as a judge in the TV reality competition “Born to Dance” (the dancing equivalent to Israeli Idol) which aired on Keshet Broadcasting, Channel 2.

Nowadays, in addition to managing Haifa’s dance program in high schools and serving as artistic advisor to the Haifa Municipality and the Haifa Theater, Tadmor has also expanded into acting and fashion. In 2006 he played a son dying of AIDS in the movie “Hands Tied” by director Dan Wolman, alongside actress Gila Almagor. In 2007 he designed a clothing line for the famous Israeli fashion brand “Chaos.”  Since 2007, Tadmor has been in a relationship with stylist and fashion personality Shalev Lavan.