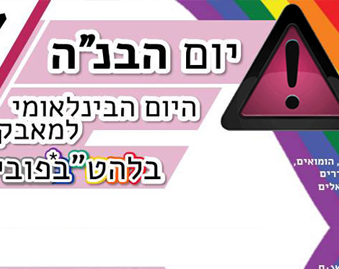 Tomorrow, May 17, America and Israel join the rest of the world marking IDAHO, International Day Against Homophobia. This year, we dedicate this day to youth who suffer from LGBTphobia based on their sexual orientation.

Thousands of organizations and activists from all over the world will mark the 9th IDAHO on May 17. The core message of IDAHO is that LGBT rights are human rights; thus fighting homophobia, lesbophobia, biphobia and transphobia should be a fight for the whole society, not only for the LGBT community.

The day was first declared in 2005, and began to be celebrated in Israel in 2006 under the name “HAVANAH” (acronyms of ’Hayom HaVeinleumi Neged Homophobia.’The word itself also means ‘understanding’). The Israeli IDAHO team is proud to be a part of the international team, and is thrilled to have more and more volunteers joining in who recognize the importance of Havanah. “The power of Havanah,” says the organization’s press release this year, “is the visibility that is being created through a chain of events, people and organizations that is happening all at once, like a flash-mob.”

In cooperation with the School for Social Work at Tel Aviv University, Hoshen and the LGBT Cell of the university, Havanah yeaterday (Thursday)hosted a seminar under the title “Knowledge is Power.” During the seminar, IDAHO Israel handed out awards to the winners of the academic papers contest that is running for the 4th year .
Among the winning papers are a Tel Aviv University PhD paper by Yonatan Merton, “Transgender People in Israel: Stress Factors, Support Resources and Mental Health,” and Reuven Zehavi and Nofar Blank’s joint papers from their bachelors’ degree at the Tel Aviv Jaffa Academic College, on “Homophobia among heterosexual male soldiers in the IDF and the connection to adopting traditional masculine ideology.”

A few days after May 17, IGY (Israel Gay Youth) will hold a special ceremony to mark IDAHO and also to officially open the 2014 LGBT Pride events in Israel. Celebrity host Assi Azar will take part in this event and so will Proffessor Yuli Tamir, former Minister of Education and the current President of Shenkar College. 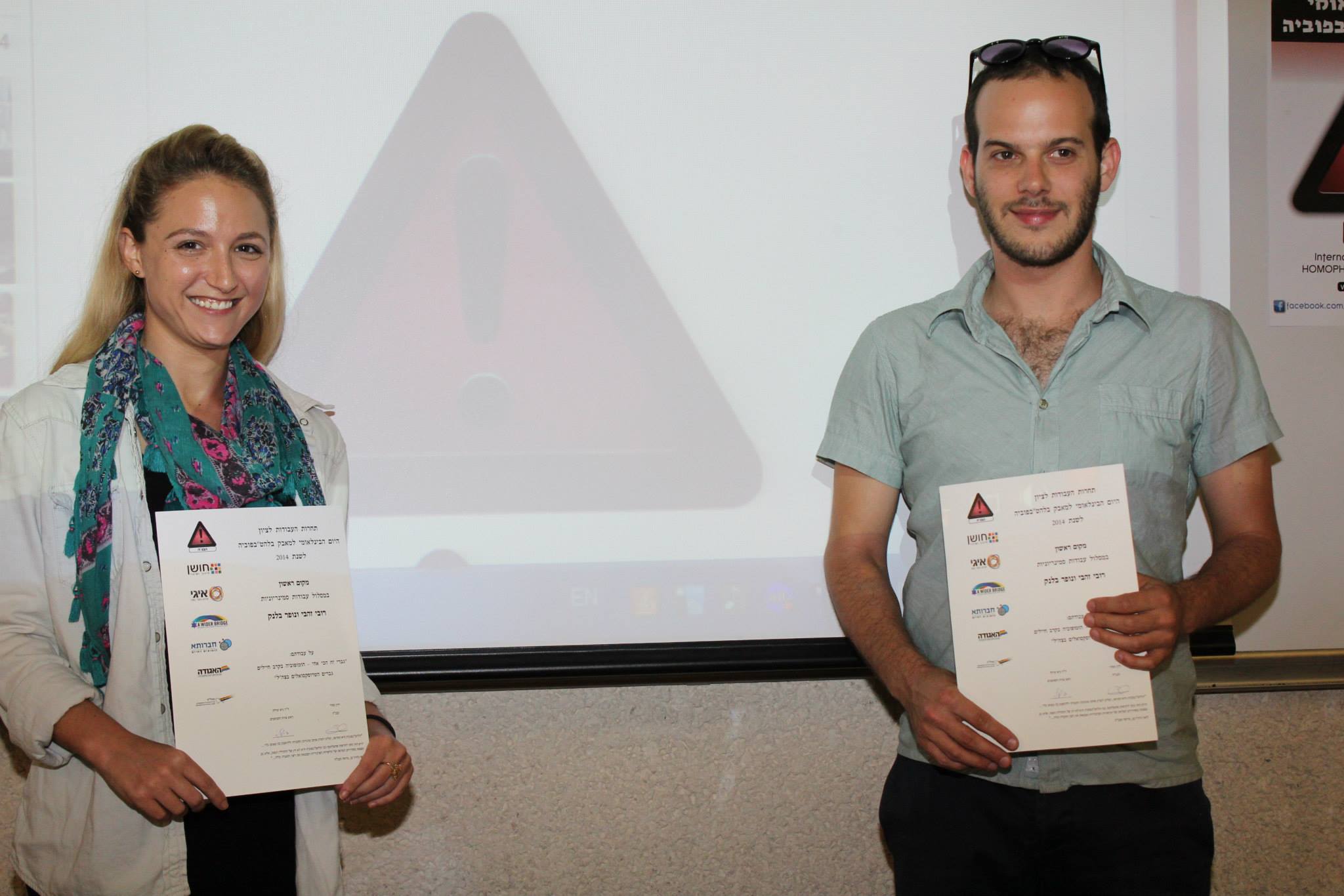