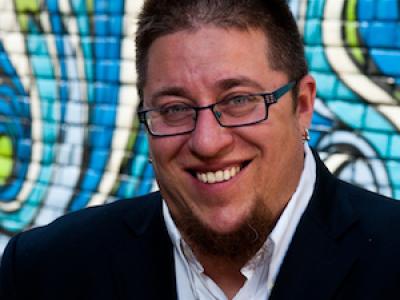 Jewish author and lecturer S. Bear Bergman wants kids to know about lesbian, gay, bi, queer, and trans people — that we exist, that we’re perfectly fine and often really excellent. Bergman would be happy to cause those children to disagree with their families on the subject of LGBTQ people. 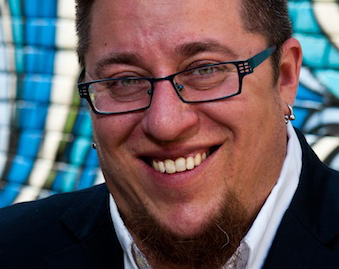 As a young queer activist, full of teenage certainty (and angst, and hormones), I used to bristle and complain at a lot of the things said about those of us who were doing the work of LGBTQ equity and inclusion. By far, with a bullet, my number one upset was with the people who accused us of recruiting. “You can’t reproduce, you have to recruit!” shrieked one memorable fellow.

The first time I was introduced to this idea of reproduction and recruitment as the two paths to Being All The Homosexual I Could Be, I had two very strong reactions. I felt the revulsion of denial, of course — we were not recruiting, and certainly not in the way that this asshole was suggesting we were. At the same time, I experienced a delicious fantasy in which I was in fact recruited and chosen to be queer. In it, I was ushered into the world of queerness with care and tenderness by experienced homos and trans people (in my imagination they were like very fabulous versions of my favorite camp counselors from childhood). I would be issued my leather jacket and my protest pins, my safer sex supplies and a hotline of some kind I could call if I needed it. As a teenaged homo trying to piece together strained relationships with my family or origin, it was a really nice idea.

I progressed to giving talks at high schools about LGBTQ acceptance and tolerance (those were the watchwords of the day) and again, the mail flowed — how dare I indoctrinate impressionable young minds into the idea that queers and transfolk were just as fine and lovely a kind of human as any other kind.

This year’s keynote address will be from S. Bear Bergman, a noted author, theatre artist, and lecturer. Bergman will be using his unique storytelling style to guide attendees through how the points of intersection between gender, sexuality, and culture play out in peoples’ everyday lives, which embodies the theme of the conference. Read more