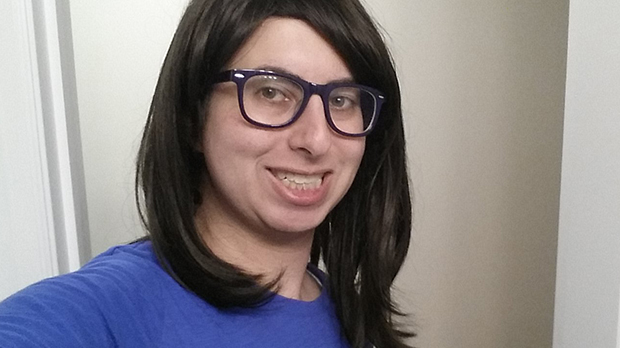 I don’t feel welcome in the Chicago transgender community. It’s not a safe space for me, mostly because I’m Jewish.

Unfortunately, this is something that started to happen well before the now infamous Pride weekend. I first noticed it back in February, when Chicago’s trans community planned a rally for transgender rights following Trump’s executive order relating to where trans students can go to the bathroom. The rally was being planned for a Friday night in the Chicago Loop. I’m an Orthodox trans woman who observes Shabbat, and when I spoke up about not being able to go, the thread turned anti-Semitic really quickly. Someone responded to me saying, “sounds white but okay.” The discussion then devolved into whether Ashkenazi Jews are considered white. Not helpful.

Since it was also during Shabbat, I didn’t hear about what happened during the Chicago Dyke March—where three Jewish women were kicked out for carrying rainbow flags with Jewish stars on them—until later that night. I was left feeling very disgusted and in no mood to go to or watch the Pride parade the next day. This would have been the first parade that I attended.

It wasn’t until Monday morning when I learned what happened during the parade from an organization that claims to represent the Chicago transgender community. The Trans Liberation Collective in Chicago describes itself as “a movement founded by trans organizers in Chicago, Illinois. Our goal is nothing short of full liberation for all trans people, and we will tolerate nothing about us without us!”

This group, along with members of Black Lives Matter Chicago, Jewish Voice for Peace, and other groups, shut down a portion of the parade to denounce LGBTQ groups that they say overlook marginalized people.

According to their statement, they “rise in solidarity with Palestinian liberation, including the call for Boycott, Divestment, and Sanctions!” adding that, “The presence of groups like A Wider Bridge, Stand With Us, and the Israeli Consulate General dishonors the legacy of the trans women of color who galvanized our movement.” Continue reading on Alma