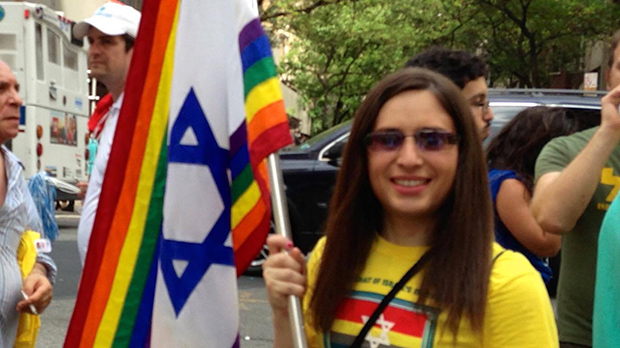 Hannah Simpson, a young Jewish transgender woman, marched with the LGBTQ cluster at Celebrate Israel parade in New York City, and describes what it felt like, being attacked and bullied by JVP activists at the parade. Hannah also wishes that “Jewish Voice for Peace” will try to focus more on doing good for countries where LGBTQ people are being persecuted, instead of focusing on bashing Israel and its LGBTQ supporters. 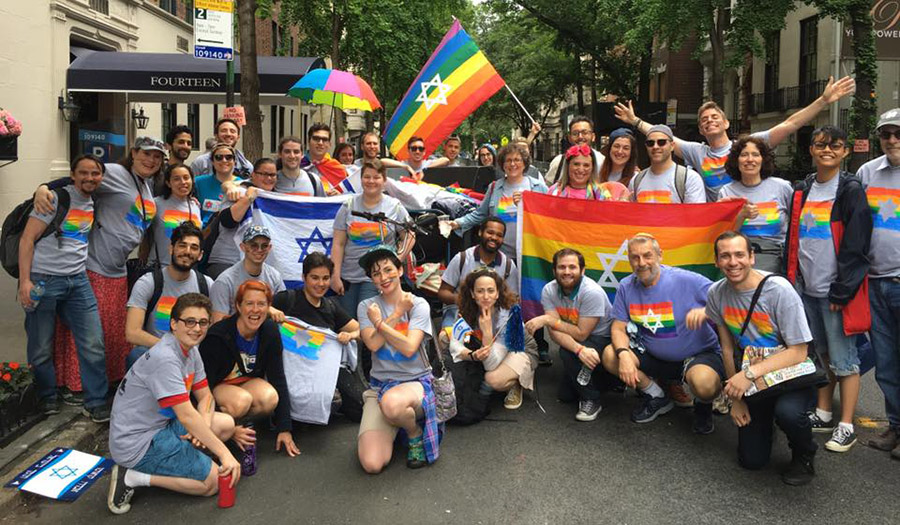 I had been looking forward to New York City’s Celebrate Israel Parade on June 4, as the annual event is part of my own coming out story. I am a proud young Jewish transgender woman, and the 2013 parade was one of my first public appearances as “Hannah.” Queer Jewish events gave me a place to go out as a female, before this persona was ready for prime time.

I marched with Jewish Queer Youth, a nonprofit I regularly volunteer with here in New York. It does lifesaving work supporting teens and young adults coming out, often facing unaccepting families that practice the strictest forms of Orthodox Judaism. For the Celebrate Israel Parade, Jewish Queer Youth joined other LGBTQ support groups like Keshet, Eshel, Mosaic of Westchester, and A Wider Bridge, an organization that links North American LGBTQ rights advocates of all faith backgrounds with their Israeli and West Bank counterparts. It runs life-changing mission trips to bring activists to see things from both sides in person.

However, disturbingly, the LGBTQ contingency at the Celebrate Israel Parade faced a woefully misguided, assault orchestrated by a group that claims to be for progressive social advocacy. Jewish Voice for Peace (JVP) ambushed and blocked our members.

Deceptively named, JVP recently welcomed convicted Palestinian terrorist Rasmea Odeh, who was connected to a bombing that killed two innocent Hebrew University students in 1969. They also ardently support the Boycott, Divest, and Sanctions (BDS) movement, which targets products, companies, academics, and even people with Israeli ties. Even political science professor Norman Finkelstein, a notorious critic of Israeli policies, has slammed the BDS movement because its aims would lead to “the destruction of Israel.”

Operatives from JVP had infiltrated our group from the beginning of the parade route, putting on the free T-shirts we handed out. We admittedly suspected nothing, because welcoming new faces to into a safe space is precisely the point of the work our organizations do. Continue reading on Bustle