If you don’t throw your kids out of the house when they come out to you, does that mean you accept them? Shai Porat, an Israeli father, reflects on the journey he went through from a secret homophobia to volunteering at Tehila (Israel’s PFLAG), after his two sons came out to him. 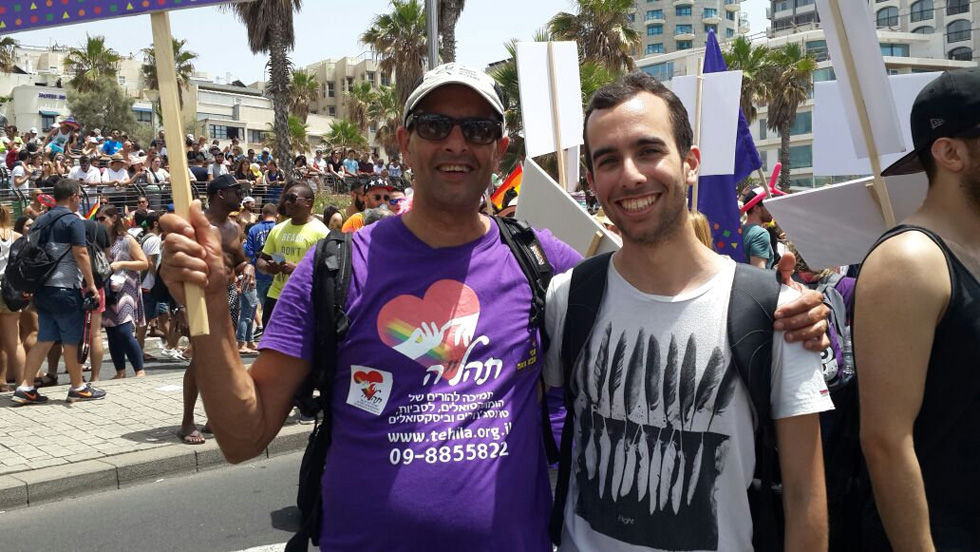 When his son Hadar told him he was gay when he was only 14, Shai says that he felt like the sky came down on him. “It became my private secret of me and my wife,” he reveals. “We told no one and I learned how to hide it and lie. I would say that he has a girlfriend, but he now invests in his studies. I kept distance from people so that they would not ask questions, and I didn’t invite friends over so that the child would be with his boyfriend at home by any chance at the same time. I thought it was normal, but it took a lot of energy from me.”

Five years later, his second son, Gal, who was then 16, also came out. “When Hadar came out of, the picture perfect family cracked, but when Gal came out it was like everything was broken,” he recalls. “Hadar had signs, even as a kid he was playing with dolls. With Gal it really took me by surprise, he was a boy interested in sports and surrounded by friends, it didn’t match the stigmas I had.

“I didn’t really deal with it at the time, I didn’t share what I was going through, I didn’t express feelings and I couldn’t ask for help. For a year I blamed myself for thinking that I had done something wrong. Suddenly I remembered that I never played with them boys’ games, I never taught them things like how to barbecue or how to use a drill. It took me a while to understand that I had no influence on their sexual orientation.

“I was always in a masculine environment, where we talked about soccer, food and women, and we never talked about what feelings because it cracks our masculine figure, I couldn’t say that it hurts me and I’m scared for my kids.”

Seven years after his eldest son came out, while still keeping the subject secret, Shai attended a group at Tehila for the first time. “I didn’t think I needed it. I thought that I was perfect because I never threw them out from home. In fact, I went because I wanted to become a personal coach myself. I didn’t understand then that acceptance is a broad concept, and the fact that I still hid the matter – says I didn’t really accepted them.

“I had to say for the first time that I had two gay sons, and as I told my story I cried, I shared my pain, and then was when I discovered how much I repressed the feelings I had, and how much I was in the closet. A strong emotional channel was opened up in me then.

“I was the only father in the group. In my view, women usually cope better with feelings and pain than men. We prefer to go on and signal that everything’s fine. I suddenly realized how difficult it is for men to cope with what they feel and to share with the environment. We are not being taught how to express feelings.”

Today, Shai Porat is in charge of a support group only for fathers. “I felt that someone had forgotten the men, and I wanted to help other fathers in my situation who go through what I had experienced. To express feelings without feeling threatened or afraid of harming masculinity or ego in front of women, we have a brotherhood of a sort in this group now, and we create a safe place for the men in the group and for new members.

“I always wanted to be a more emotionally present father, and for years I did not manages to do that. Today, I can say that I earned the emotional connection, I have a closer relationship with my boys. They share with me a lot and fatherhood has taken on a more significant place in my life. I’m sure that they are also proud of me for the journey I went through, as I am proud of them. “