Reform Judaism’s resolution on transgender rights commits the movement to ‘full equality, inclusion and acceptance of people of all gender identities and gender expressions.’ How it all began? 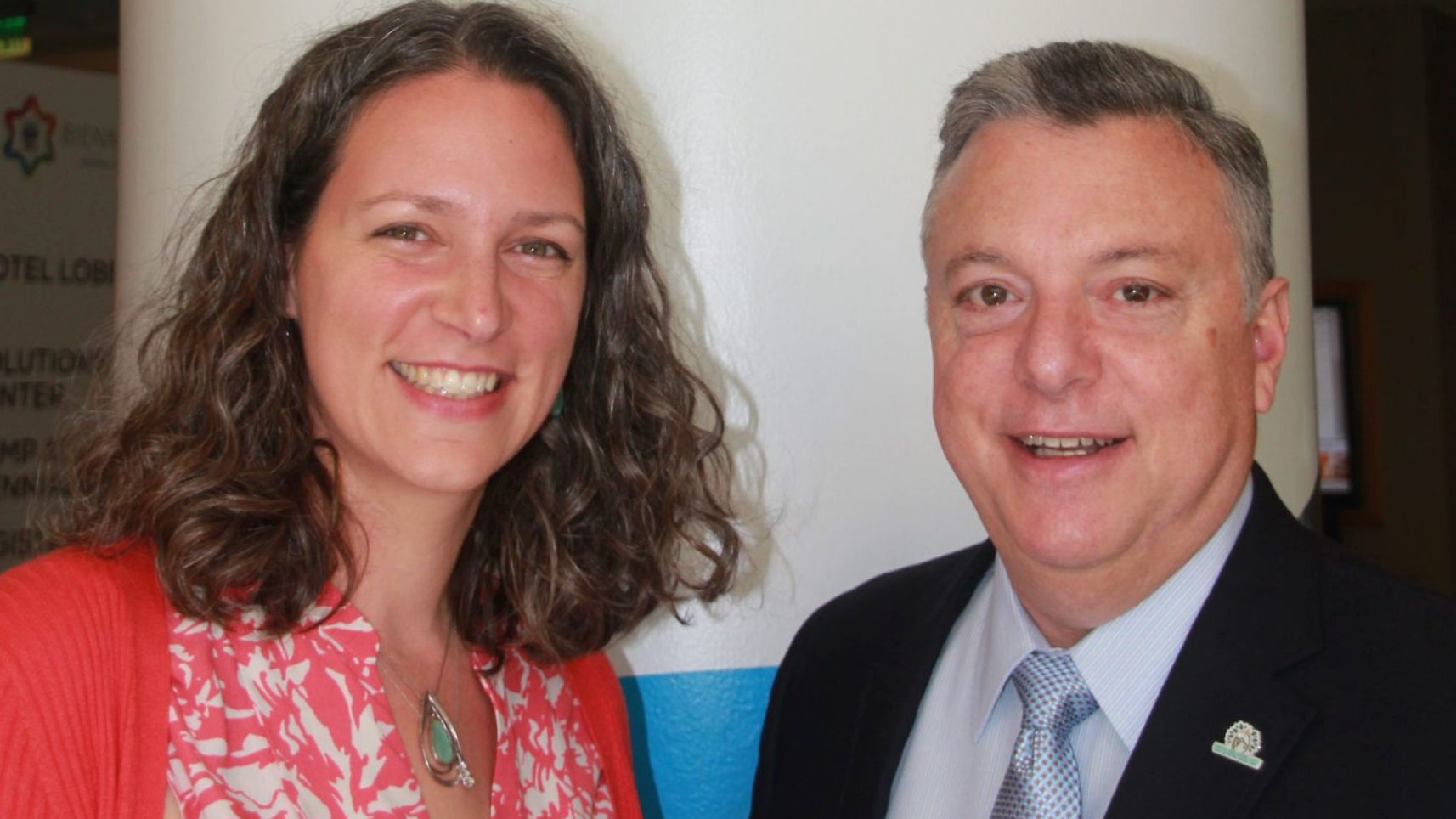 Louis Bordman and Rabbi Erin Mason, directors of URJ Camp Eisner and Camp Newman – Their camps welcomed five transgender campers in the summer of 2015 (Courtesy of the Union for Reform Judaism)

It all began with an eleven-year-old transgender camper named Hannah.

Ahead of the summer of 2014, Hannah’s mother Tamar Gendler phoned Louis Bordman, the 55-year-old director of Camp Eisner, the Reform Jewish Movement’s summer camp her child had been attending for the past three years. The purpose of her call: to inform Bordman that her child, whom he knew as a boy called Jonah, had undergone a change in gender identity and called herself Hannah – and that she wished to return to camp for her fourth year the upcoming summer – as a girl, in a girl’s cabin.

That call transformed Bordman into a pioneer and advocate for transgender acceptance, as Eisner became one of the first U.S. summer camps to fully welcome a transgender camper. In the process, he helped usher the movement to craft the historic resolution that was passed Thursday morning at the 2015 Reform Biennial, which is being hailed by the media and LGBT advocacy groups as the most far-reaching resolution on transgender rights of any major religious organization.

As much as he felt that Hannah was one of “his kids,” Bordman’s reply to Hannah’s mother didn’t come easily. First, he told her, an extensive process of education and consultation needed to happen. He needed to check with his camp’s board members, and get feedback from the parents of the girls who would be sharing a cabin with Hannah, as well as the organization governing the network of Union of Reform Judaism (URJ) camps and the movement as a whole.

“Everyone had to be in line,” he said. “If one camp was going to accept a transgender child, the entire framework of the URJ needed to ensure that at every step of her life, she would be accepted and embraced. What would happen to her if I had her in a girl’s cabin and then during the year, she came to a youth group event, and she was required to be with the boys?”

The process of pushing the movement to endorse a warm welcome for Hannah at summer camp helped set the stage and “lit the fire” behind the process of initiating the resolution, Bordman said in an interview at the Biennial, the day before the resolution was passed.

The resolution affirms the URJ’s “commitment to the full equality, inclusion and acceptance of people of all gender identities and gender expressions” and “recommends URJ congregations and Reform Movement institutions, facilities and events ensure, to the extent feasible, the availability of gender-neutral restrooms and other physical site needs that ensure dignity and safety for transgender and gender nonconforming individuals.”