Canadian Rabbi Lisa Grushcow decided to switch from the Conservative branch of Judaism that she was raised in to Reform Judaism, where lesbian rabbis are accepted and quite common. She was ordained as a rabbi there, and she married the woman she fell in love with. 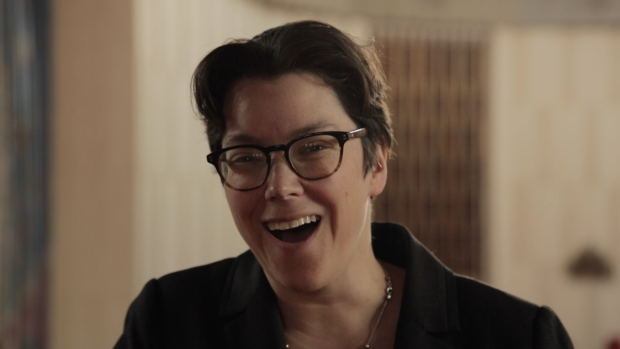 As a rabbi at one of the largest synagogues in a city where the Jewish population is aging and attendance is in decline, Lisa Grushcow is preoccupied by one central question: how does she get new people in the door?

Gruschow’s answer: try to change the way people think about Judaism and faith in general.

“If people have a certain stereotype of religion, it doesn’t usually look like what we do here. I mean, I’m not an old guy with a beard,” Gruschow told CBC’s new podcast Montreapolis in a wide-ranging interview.

“Though some of my best friends are old guys with beards,” she added with a laugh.

“We see gay families, people of different languages and different ethnicities, multiracial families, interfaith families, so that’s very much a part of what we bring that I think draws people in,” Gruschow said.

Gruschow is so welcoming to different communities because she knows firsthand about being different.

In the late 1990s, Grushcow was a young woman studying at the University of Oxford and preparing to enter a conservative seminary to train as a rabbi, something she’d wanted to do from an early age.

Something happened to her she didn’t expect: she fell in love with a woman.