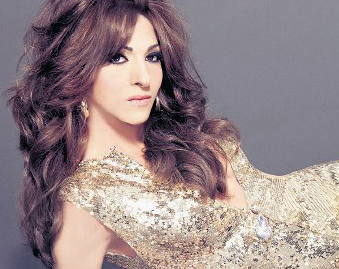 The most famous European Song Contest will occur in less than 30 days in Sweden. Looking back at the 50+ year history of the contest, it seems that Israel’s Dana International performance in 1998 changed the contest forever.

In less than 30 days, Europe will have its annual Eurovision Song Contest, which is “the Olympics of music”, an extravaganza that has become part of European culture for over 50 years, and is identified with the gay community for (at least) the past 2 decades. At some contests it has been obvious which artist would be getting all the attention. 1998 was a year like that.

Israel sent transsexual Dana International, with the song ‘Diva,’ and won the contest. Looking back at the history of Eurovision, there was a ‘cross dresser’ at the contest in 1986 (one of the the backing dancers of Norwegian Ketil Stokkan was a transvestite), but by sending Dana and having her win, Israel helped the contest “come out” as an LGBT community favorite . Funny enough, gay people across Europe said they voted for Dana because they felt she was the one who represented them, and not the song from their own countries.

After Dana International’s victory in 1998 there was much speculation that the Israeli broadcasting system would not be able to organize the contest. Lack of sufficient financial and technical resources would be the reason. Moreover, Orthodox Jews threatened that they would do all they could to prevent the contest from being organized in Israel after the victory of a transsexual artist. For these reasons, it was rumored that Malta or the United Kingdom would take over the organization. It didn’t get that far. The contest took place in Israel on 29 May 1999, where Dana performed again in the interval act, singing Lional Richie’s song “Free”. Her success in Europe made Dana a mainstream artist in Israel, and an icon, and not only a gay icon. Only last weekend, it was announced in the Israeli media that Dana is about to release the first single from her 12th album at the end of this month. The song will be called “Ma La’asot” (‘What to Do’). The announcement was accompanied by a fresh and glamorous new photo of Dana. 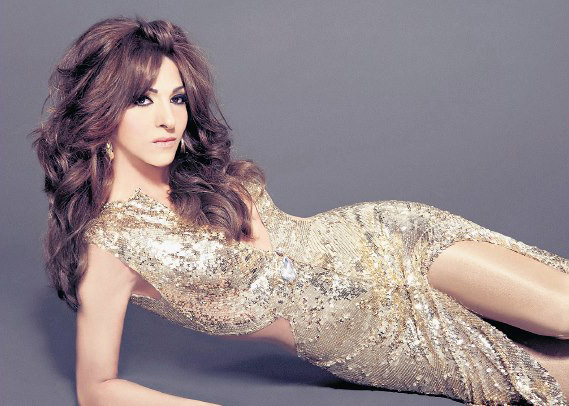 But Dana International not only made history by being the first transgender who won the contest and was signed to a record deal in Europe; she also paved the way for many other gay, lesbian, transgenders and cross-dressers in the contest to “be who they are”:

In 2002 the Slovenian drag act Sestre represented their country at the contest in Tallinn. Dressed as flight attendants, they reached the 14th spot in the contest. In 2007 Ukrainian Verka Serduchka was more successful, reaching silver in Helsinki. Denmark’s DQ (Drama Queen) failed to make it to the final that year.
2003 was the year the lesbian-duo t.A.T.u represented Russia in the contest that was held in Latvia. The duo was rumored to kiss on stage in the middle of their performance with the song “Ne ver’, ne boysia,” but ended up doing an “almost kiss” scene- i.e. they never actually did it. In 2007 the openly-lesbian singer Marija Serifovic won the Eurovision Song Contest for Serbia. Israel in 2010 sent the publicly out singer Harel Skaat with the song “Milim”, but he ended up only at number 16 in the final contest.

This year Israel is represented by Moran Mazor. Kdam, who won the Israeli national final for the Eurovision Song Contest. Israel has a reputation when it comes to strong ballads at Eurovision. This year is no exception to the rule. “Rak Bishvilo” is a very strong example.
Mazor became known in Israel as the winner of the TV reality show “Eyal Golan Is Calling You” and is considered one of the best new singers in Israel today. She is also famous for her recent makeover which included losing a large amount of weight.

Part of this article is based on “31 days left! Dana International, drag queens and transsexuals” (12points.tv)