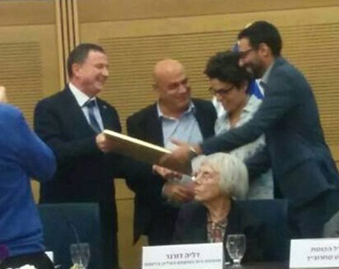 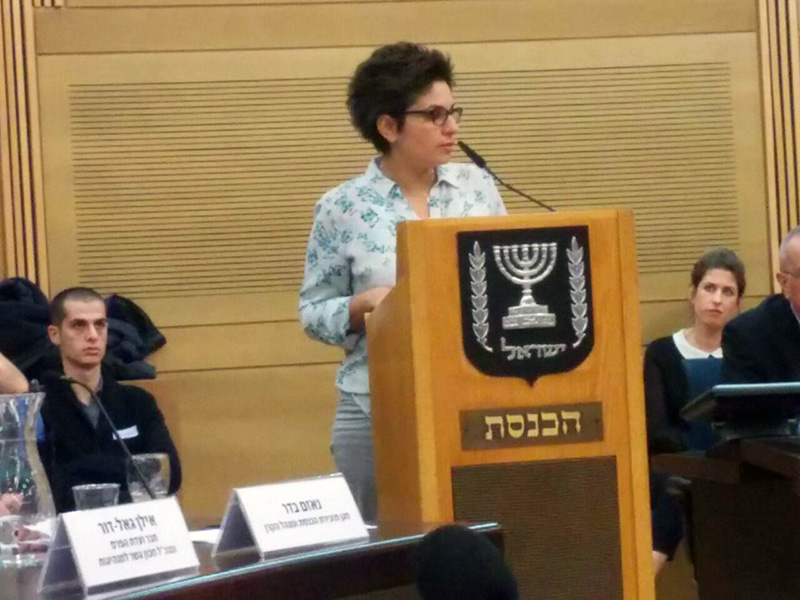 At a ceremony held at the Knesset, chairman of the Knesset, Yuli Edelstein, gave LGBT education organization Hoshen an award for its contribution to respect, patience and tolerance in education and social networks.

The award committee, headed by MK Merav Ben-Ari, MK Issawi Freij and Ilan Gal-Dor, chose to give the award to Hoshen as the first LGBT organization to ever win it, since the beginning of the annual award ceremony in 1981.

“The association was found deserving of the award due to its activities to promote acceptance of the other,” explained the award committee. “The organization promotes activities in kindergartens and at schools in order to remove barriers and facilitate youth from the gay community to successfully integrate in the educational setting and get respect and a decent attitude from their friends. For this important step on the way to strengthen tolerance and acceptance in the Israeli society, the organization is worthy of the award. ”

“I’m excited to stand here today and accept the award in the name of Hoshen – Education and Change”, said Hoshen’s CEOYali Ben Ami Vitenberg at the ceremony. “For 13 years hundreds of volunteers have spent days and nights in order to educate for tolerance towards LGBT people. Every day we encounter misconceptions against LGBT people in the education and security systems, in health authorities and academia, in the labour market and other places. Fortunately, over the years, more and more schools and facilities have opened their doors and became willing to take part in the activities of the organization. So step by step, while participating in hundreds of thousands of volunteer education activities throughout the country, Hoshen organization has acquired national recognition and loyal partners. But the road was and still is fraught with challenges. Hoshen, like other LGBT organizations, operates under serious financial constraints which often limit the scope of operations. Not everywhere are people ready to accept and include us, and this is another challenge that we all have to deal with.

Dear honorable people – as a woman, a lesbian, a Mizrahi , who was born on the periphery and who also still lives on the periphery, who heads an LGBT organization, I would like to share with you that it’s not easy being ‘different’ in Israel even in 2016. The ‘other’ and certainly ‘the other woman,’ is still seen as a threat to the mainstream. Basically, by being herself she raises questions and challenges the majority’s comfort zone. We at Hoshen seek to offer a different outlook – that diversity is beauty, diversity is power, that it’s what creates the strength of our society. Therefore, choosing Hoshen for the award today is a statement to every citizen of the State of Israel, LGBT and not, and gives us hope that there is also a specific commitment to implement the value of tolerance in Israeli society from top to bottom.”