A new petition in Israel calls for support from the LGBT community to highlight the transgender community at 2015’s Tel Aviv Pride Parade. 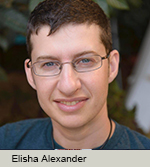 The initiative comes from the organization Ma’avarim, which calls on the organizers of next year’s Pride to place the transgender community and the fight against transphobia in the center of the stage in the Pride events.

“Last year was full of changes for the trans community,” Elisha Alexander from Ma’avarim tells A Wider Bridge, “changing the procedure for surgery, a law of interpretation passed the Ministerial Committee of Legislation, the big demonstration that followed the assault of a trans woman, the launch of the organization “Maavarim,” the calendar of project Gila, the self-defense classes and many other things happened for us. But somehow the trans community often disappears in all of the campaigns for equality.”

Right after the petition was opened, many people rushed to sign it – including well-known people, organization leaders, and celebrities like Assi Azar and Gal Amitai, and people from the Knesset like Asaf Weiss, consultant for the Health Minister. Currently the petition stands at 570 signatures out of the desired 1000. “Until now a lot more pride parades were dedicated to the LGB community, gay marriage, same-sex families (last year’s subject). Not that marriage and family is not relevant to us – only we’re not quite there,” adds Elisha.

“So at the kickstart meeting of the Gay Pride Parade, I suggested it, and there was quite a lot of enthusiasm. Zohar, IGY’s representative, suggested that we should do a campaign for Pride 2015 that will center around gender diversity. It’s not by accident that Conchita won the Eurovision this year, and Lavrene Cox became so famous.”

You can help define transgender visibility as next year’s pride subject by signing the petition too.