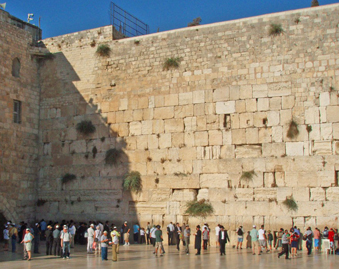 Minister of transportation orders plans drawn for high-speed railway line from Tel Aviv to Jerusalem to include station in the Old City close to the Western Wall; riders will be able to get from Jerusalem to Tel Aviv in under half an hour.

Minister of Transportation and Road Safety Yisrael Katz has instructed the ministry’s staff to promote the planning of an extension to the upcoming high-speed railway line from Tel Aviv to Jerusalem so that it extends into the Old City, near the Western Wall. As part of the project, an underground stop will be built in the Western Wall area.

The extension will involve digging tunnels for two kilometers at a depth of 80 meters. Minister Katz mentioned that the extension should significantly decrease congestion at the Binyanei HaUma railway station, allowing tourists, students, and others to reach the Western Wall easily and quickly from central Israel.

The high-speed railway project’s costs are estimated to be about NIS 7 billion. It includes the laying of 56 kilometers of tracks, which go from Tel Aviv, through Ben Gurion Airport and Modi’in, and end in Jerusalem. Trips from Tel Aviv to Jerusalem are expected to take just 28 minutes.