A gay Israeli high school senior was surprised to find that the Ministry of Health regulations prohibit him from donating blood. In a courageous step he stood in front of his whole school and came out to protest against discrimination. 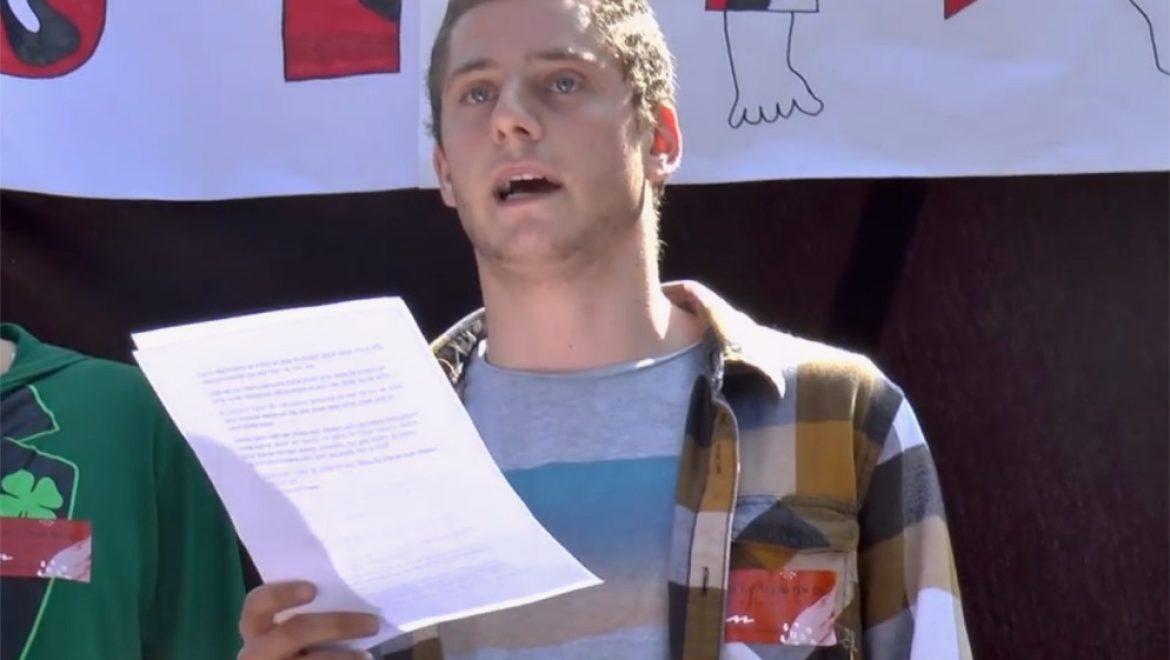 As part of the preparations for the event a paramedic arrived at the school to explain the process and gave students a sample questionnaire that each donor would have to fill out on the day of the blood donation. Gidi was surprised to find that paragraph 2.6 in the questionnaire still existed. It indicated that a person who had had homosexual intercourse in the last forty years – could not donate blood.

This paragraph raised a dilemma for Gidi: first he thought to lie in this section of the form in order to donate blood, but his conscience would not let him do that. So he decided to protest the discrimination and bring the issue to a public hearing.

Earlier this week, during the blood donation event, Gidi addressed his fellow high school students and teachers and representative paramedics. To stimulate his protest, Gidi first came out publicly as a gay man. He said: “Were it not for this incident, I probably would not do it. My sexual orientation would have remained gossip, a rumor or a secret to close friends.

“All blood donations coming out of here today are going to save lives, but I can not contribute,” Gidi said. “Not because I’m scared of needles, but because the Ministry of Health decided that gays are completely taboo for donating blood. Even if they have protected sex, even if they are monogamous and tested negative for HIV, their blood is not eligible. On the other hand, a straight man who has had unsafe sexual relations has ‘safer
blood.’

“The section excludes a whole segment of people who want to contribute, a segment that is characterized by broad social activism,” Gidi continued. The myth that a homosexual equals a man having unprotected sex equals HIV positive, is a myth that has been refuted long ago. It’s time to stop distributing it. The discourse on the right to donate blood should be a discussion about responsibility, not about sexual orientation. So this section should be replaced in order to reflect unprotected sex, not same-sex. Those who want to donate, do it for a real reason – saving lives. Today, gays are not HIV carriers and live sexually responsible lives and want to donate blood, and in order to do this they simply lie about their sexual orientation in the form.

“Such small items may seem insignificant, but they are pushing us back into a shy state, frightened of who we are. They give us the feeling that our sexual orientation, which is part of who we are, is a disease which separates us from society. If this attitude to gays is the law, what attitude should the public have?

“Ultimately our goal is to contribute to saving lives,” Gidi concluded. “We are not fighting against the MDA, or against blood donations – these are sacred purposes, which can not be challenged. What we do oppose is the perception that gays are a source of AIDS. I’m sure it does not come from a place of evil, but rather from ignorance, and that is what we are trying to change.”