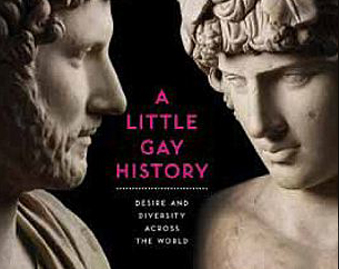 The British Museum has released a new guide to exhibits in its collection which explore ideas of same-sex love and eroticism. 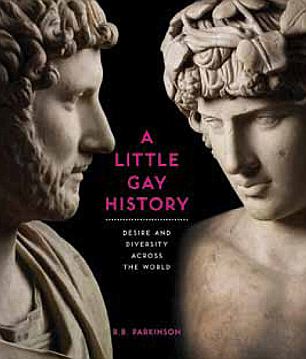 It is accompanied by an audio trail featuring actor Simon Russell Beale and artist Maggie Hambling, with the publication timed to coincide with this year’s London Pride festival.

Both explore artistic portrayals of homoeroticism throughout the ages, with the book making special discussion of the difficulties in finding the often suppressed records of homosexuality.

‘History has all too often been a list of the deeds of famous men who are implicitly ‘heterosexual’ and usually European,’ he writes.

‘Unsurprisingly, lesbian, gay, bisexual and transgender people have often felt excluded and silenced, and without a voice.’

Nevertheless, he notes that museum collections full of classical artwork – from an era more comfortable with the idea of homosexual sex and, indeed, the naked human form in general – have been ‘important spaces for people to consider their own sexual identity’.

‘Most museums have collections of Greek and Roman statues which show men looking very naked,’ he explains, ‘so for men who desired other men it was one of the few spaces where they could look at naked male bodies in a culturally respectable sort of way.’

Read the full story on the Daily Mail