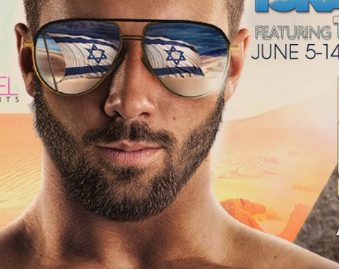 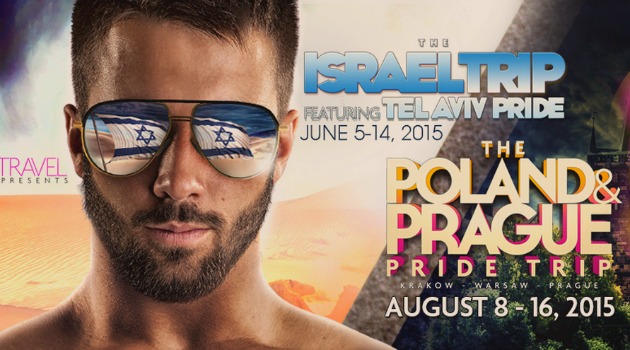 The image is a little jarring. On the left, a bearded, shirtless guy in sunglasses stands on a beach, the Israeli flag reflected in his mirrored aviators. On the right, a pink Star of David hovers over an ancient building in Prague.

But for Jayson Littman, the pictures make perfect sense. As the founder of Hebro Travel, a new tour company serving “gay Jews and those who love us,” he’s serving up trips that blend historical exploration, cultural discovery — and some serious partying.

The history-making Poland & Prague Pride Trip, August 8-16, includes a Jewish heritage tour of the Kazimierz District and Schindler’s List route; visits to historic synagogues; and stops at Auschwitz and Theresienstadt. It ends with parties and a parade — Prague’s Gay Pride festivities take place the final Saturday of the trip.

“Some people did say, ‘How can you go from touring concentration camps to celebrating Pride?’” he said. “I look at it the same way as Jewish trips that go from the camps to Israel to celebrate continuity.”

For Littman, the trip cuts deep: He’s the grandchild of Hungarian survivors of Auschwitz. “My father was born in Budapest,” he said. “After Auschwitz, my grandparents went back to Budapest, and only made it to New York after the Hungarian Revolution around 1956. It always amazed me — why did they return?” Littman retains Hungarian citizenship along with his U.S. passport.