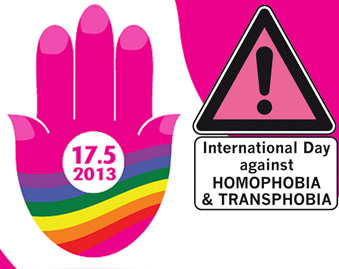 HAVANA is the name the International Day Against Homophobia and Transphobia (IDAHO) takes in Israel. Each year, groups of activists around the country mark the day in various ways, under the impulse of a dedicated team of core IDAHO activists who run the national anti-homophobia HAVANA.org.il website. 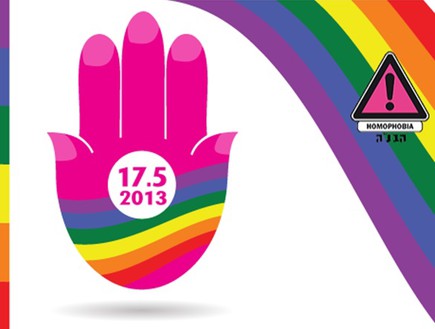 A range of events were held throughout Israel to mark IDAHO 2012. They included an artistic program with a theatrical performance, the screening of world clips dealing with the struggle against homophobia and transphobia, an award to the outstanding community volunteer and an award of recognition as “Yekir Hakehila” (‘an honoree of the community’) in which Naomi Hernik of Tehila and Zehorit Sorek of The Pride Minyan were named as the 2012 laureates. In 2013, the LGBT organizations in Israel have teamed up to bring the famous NOH8 Campaign from America to Israel.

In Hebrew, the initials of the day’s name fit like a glove. “Havana” in Hebrew also means “to understand”. The whole concept of this day, May 17, in Israel is to emphasize the positive message of understanding and accepting the other, tolerance and pluralism. “Most of the phobias come from ignorance and fear,” says activist Yadin Sapir, one of the organizers of this day in Israel. “It comes  from lack of understanding, not from hate.”

Havana, says Sapir, puts an emphasis on fighting homophobia and transphobia, without any connections to other fights of the Israeli LGBT community, like the right to get married, surrogacy equality or last year’s fight, about having a gay pride parade in Jerusalem. “I’m not trying to say that fighting for gay pride in Jerusalem is wrong,” he says. “Fortunately, the parade eventually happened despite Rabbi Ovadia Yossef’s efforts to prevent it. The court eventually ruled that the  job of the police is to protect the people who march, and not prevent them from marching.”

“But on the other hand, there are countries where you can’t talk freely andabout being gay without getting arrested. The emphasis is on oppression, discrimination and violence and the violation of human rights around the world.”

The community’s honoree for 2013 Israel’s day of “Havana” was Nora Grinberg, a veteran activist for transgender rights and the former CEO of the Aguda (back in the days when the Aguda was the only LGBT organization in Israel). For more about Havana 2013- click here