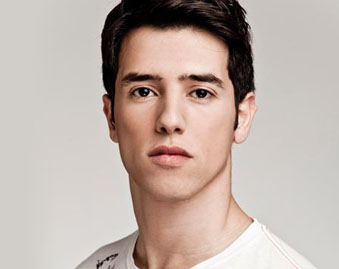 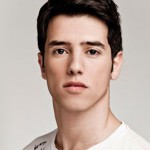 Harel Skaat was born in Kfar-Saba, Israel, and was only 5 years old when his kindergarten teacher noticed that he had a unique vocal ability. Harel was in the second year of his studies at “Beit Zvi” – the most famous Academy for the Performing Arts in Israel, when he joined the second season of “A Star is Born”, the Israeli adaptation of ‘American Idol’.
Since the beginning of the season he was marked as one of the most favorite candidates to win, and received the highest number of votes during the show’s early stages, due to his stunning performances and inspiring vocal abilities. He reached second place in the season finale.

In 2006 Harel released his self-titled debut album, which included no less than five chart-topping hits. The album sold gold after 3 weeks and eventually reached platinum. Moreover, the annual record rankings positioned Harel’s debut album as an unprecedented success in the Israel music industry, and he was awarded all possible titles that year including Best Song of the Year for his song ‘Ve’At’ (‘And You’), Best Male Solo Artist on all radio stations, Person of the Year in Music on Channel 2’s ‘People of the Year Awards,’ Vocalist of the Year and Song of the Year at the Israeli Music Channel Music Awards and also picked up Music Video of the Year for his song ‘Im Hu Holech’ (‘If He Goes’). Later on, Harel embarked on an extensive and critically acclaimed tour in support of the album with more than 200 shows in concert halls all over Israel.

In 2009 Harel Skaat released his second album, “Figures” which also achieved gold status pretty quickly. In May 2010 he represented Israel in the Eurovision Song Contest with his song ‘Milim,’ which was inspired by 60’s and 70’s French chansons and captured Europe hearts. In the competition, Skaat conquered the professionals’ attention by winning all three Marcel Bezen Awards – a one-time achievement in Eurovision history.