After two years of writing, choosing and recording new songs, Harel Skaat returns to Israeli radio this week with the first single from his new album, due for release in 2014. The new song is titled “Achshav” (‘Now’). Listen to it here.

A number of musical producers, writers and musicians, veterans and upcoming, were chosen for this new project to encourage a new generation of Israeli singers, in order to create a pop album that allows Skaat to juggle between various musical styles. 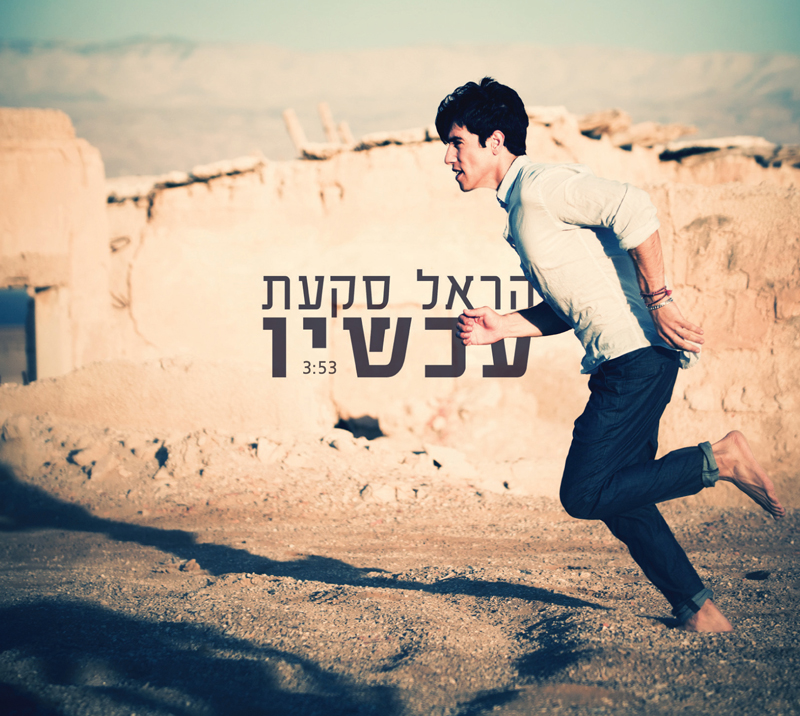 The new single cover. Buy the song on iTunes

According to the Israeli press release, for several years, apparently, Harel Skaat has been working to open some international doors for himself and seize opportunities outside of Israel. One of the opportunities was working with Jason Reeves and Rune Westberg, who wrote hits in America for the likes of Adam Lambert and Demi Lovato, and who gave Skaat a few songs.

The press release also hints at Skaat’s gayness, saying that “the words were written by Skaat himself and describes clearly his heartfelt emotions.” The words of the song  are: ‘Now, on the shore in front of God, I’m not pretending anymore…”