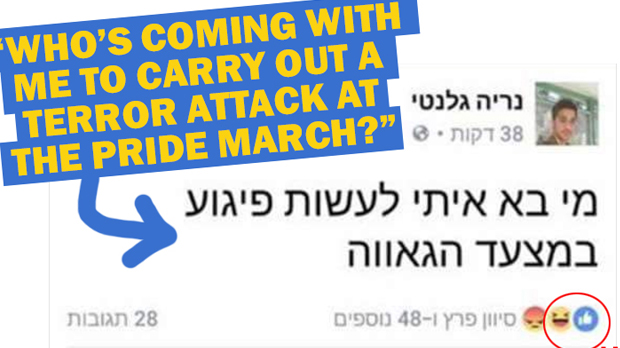 A 20-year-old from the city of Bnei Brak was arrested after posting on Facebook a message calling to carry out an attack on the Gay Pride parade in Tel Aviv, to be held this Friday. 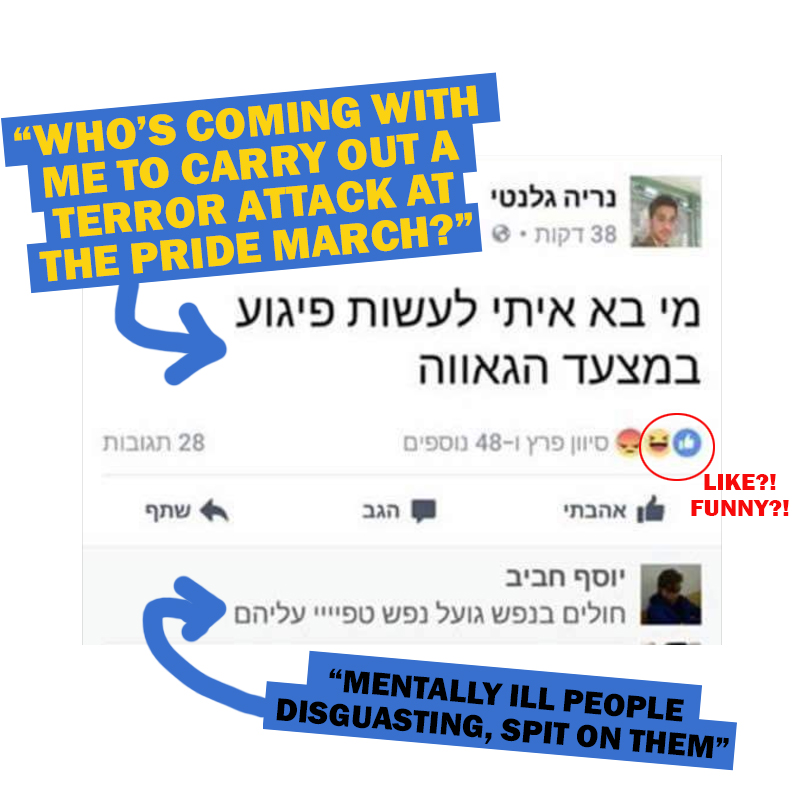 Police on Sunday arrested a resident of the central Israeli city of Bnei Brak on suspicion that he threatened the upcoming gay pride parade in Tel Aviv, police said.

According to police, the 20-year-old suspect called for a terror attack at the parade, which will take place this year on June 9.

The Facebook post read, in Hebrew, “Who’s coming with me to carry out a terror attack at the pride march?”

Though the man posted another post saying he was only “bored,” the police stated the young man was nevertheless brought in for questioning.