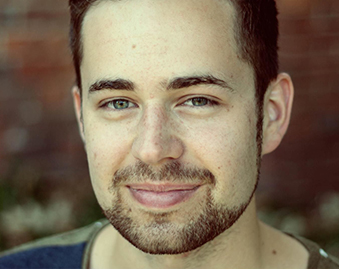 Gerhard Soyka, a political science graduate student at Dalhousie University and an LGBTQ+ activist from German, says that no one is denying the existence of human rights violations, not even the Jewish community, but still – there’s no empirical causation to construct a link between that and LGBTQ+ rights in Israel.

On Wednesday of last week, the annual general meeting of the Halifax Pride voted down a controversial resolution that proposed to remove all mentions of Israel from the festival and parade, an 11-day long event attended by more than 200,000 people. The argument: Israel is using LGBTQ+ rights to sweep crimes against Palestinian people under the rug. In other words: Everything good and right Jews are doing, including at Halifax Pride, is nothing more than an attempt to shift attention away from human rights violations.

No one is denying the existence of human rights violations, not even the Jewish community. But constructing a link between that and LGBTQ+ rights in Israel? There is no empirical causation.

It was a very emotional evening for everyone involved, myself included. Since the motion’s defeat, some voices have been claiming that “white people took over the meeting and voted down the queer community.” This is a very narrow-minded perspective, if not categorically false account, of what happened. Most LGBTQ+ people in the room, including me, stood beside the Jewish community—which included LGBTQ+ Jewish people, despite claims otherwise to make them disappear—to show solidarity and to make sure that Halifax Pride remained open and inclusive to all groups.

As a gay German living in Halifax, I am shocked at the characterizations of the Jewish community at the Halifax Pride Society’s AGM. It is part of my people’s history that we killed about six million Jews in one of the deadliest genocides in history. Since then, all German governments and the German civil society have worked on the compensation of Holocaust survivors and their heirs. But, beyond that, we have also ensured that Jewish life is safe and that the contribution of the Jewish community to our society is valued.

Continue reading on The Coast