Life of a gay, cancer-survivor Jew-by-choice can be funny: writer and comedian H. Alan Scott was raised Mormon but decided to convert to Judaism, and packages the whole process in an adorable documentary, currently filming. In June he will join A Wider Bridge’s Mission to Israel, which is going to become part of his documentary. Later this year he’ll hold a fabulous Bar Mitzvah event, at which he jokes that he wants to have naked people. 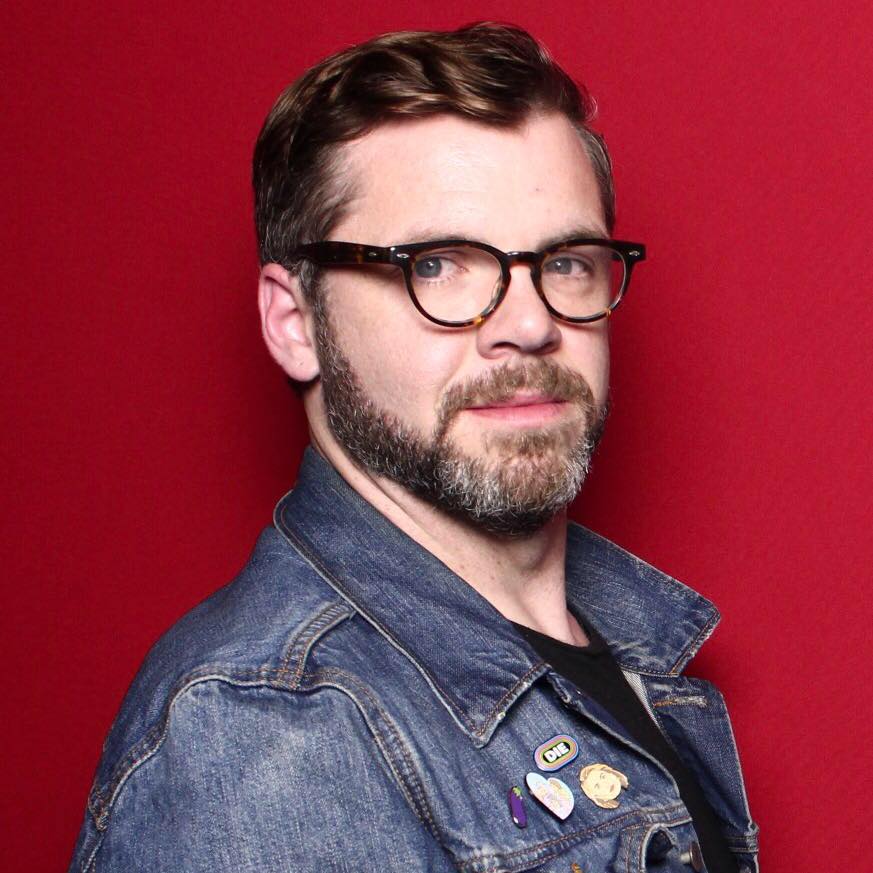 “My mom always said that I’m the most Jewy sounding Mormon,” H. Alan Scott says in the trailer for his upcoming documentary, ‘Latter Day Jew.’ “All the comics that I admire were Jewish, all the writers that I love were Jewish… I was almost curating this kind of Jewish identity, and then I started reading and realized- I’m Jewish!”

In May, H. Alan will join A Wider Bridge’s annual Mission to Israel, and continue filming his documentary while visiting Israel for the second time. “I heard about AWB from a few people,” H. Alan says. “But the actual meeting came after a good friend at the Schusterman Foundation introduced me to Tyler Gregory. We met, talked about our shared visions of amplifying unique queer voices within the Jewish community, especially when it comes to Israel. So going on the trip is just a natural extension of that goal.”

H. Alan Scott was born in St. Louis as Scott Hoeninger. He moved to LA in 2012 after 10 years in NYC. “When I started in comedy I quickly learned that nobody could pronounce my last name. People often separate the “Hoe” from the “ninger” and drop the second “n”. So I flipped it. Most people call me H. Alan. It’s weird, but you’ll never forget it,” he says.

‘Latter Day Jew,’ H. Alan’s new project, is a film about the road to his Bar Mitzvah (“I want some naked people at my Bar Mitzvah,” he tells the party planner), and what it means to be Jewish in 2017. The documentary chronicles his mostly hilarious and often moving journey, and in the process shows that spiritual and cultural identity is deeper than just what we are born into or what our families believed and taught us. “We released the trailer to get some funding to finish the project,” he explains, and teases about his up-coming Bar Mitzvah. “That’s the end of the movie. Likely it will come later this year. I’m sure somebody will get naked there (it’s usually me, I’m often the naked one, much to the chagrin of others).”

Scott is not hesitant as far as sharing personal and sensitive parts of his life, like fighting cancer and looking for love. “I’ve worked for years behind the scenes on TV and as a journalist/writer, but first and foremost I’m a comedian,” he says. “I’m excited for the opportunity to use my personality in a way to have a conversation about something that’s very important to me. That’s been the basis of my career, using my own story to tell a larger story. I hope to do that with ‘Latter Day Jew’ “.

Visit LatterDayJew.com/support to learn more about the H. Alan and his film,  to give a tax deductible donation or others opportunities for investment.