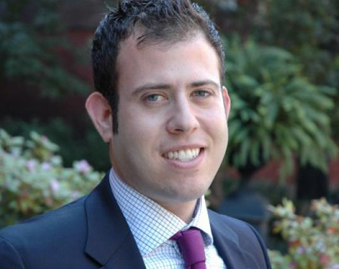 Gay journalist James Kirchick participated in a media panel in 40 Years of Pride, the Global Leadership Conference that took place in Tel Aviv during Pride Week. He came back to America and wrote his thoughts on his experience there: “It is often said that the very existence of the State of Israel is a miracle,” he writes, “the flourishing of a vibrant gay community in the heart of the Middle East is a byproduct of that miracle and a marvel unto itself.”

“I don’t have a problem with it, but do they really need an entire parade?”

I overhear an elderly American woman kvetching to a busboy at my Tel Aviv hotel, and it’s obvious what she’s complaining about, what with rainbow flags adorning lampposts and shop windows across the city and several major roads shut down to make way for the estimated 200,000 people who have come from all over the world to partake in the celebration of Gay Pride Week. Colorful posters advertising various parties for every particular taste (“Tel-a-Beef,” a performance by last year’s gender-bending Eurovision champion Conchita Wurst, etc.) are impossible to ignore. Same-sex couples and families walk the streets and no one bats an eye. The city’s bars and nightclubs, attracting the most popular European DJ’s, teem with partygoers.

Tel Aviv is often derided as a “bubble” out of step in many ways with the rest of Israel, not only on matters pertaining to sexuality, and it’s rare that one would spot such open expressions of same-sex affection in Jerusalem, just 45 minutes away. But given that consensual sodomy was illegal up until 1988, and that an Orthodox rabbinate still enjoys a position of influence in shaping the country’s values (not to mention marriage laws), it’s nonetheless remarkable how far Israel’s LGBT community has come in such a short time.

Oded Frid, CEO of the country’s leading gay-rights group, the Agudah, describes the gay community’s progress in parallel to the success of Zionism itself. Sixty-seven years ago, he says, the Yishuv, or pre-state Israel, was a collection of “simple shacks,” today it is a land of “skyscrapers.” A country that once “import[ed] basic goods” is now “exporting high technology.” And a gay community that once consisted of “secret meetings in private homes” now celebrates with “hundreds of rainbow flags decorating our streets and one of the most fun and exciting parades in the world here in Tel Aviv.” Frid made these remarks to a conference celebrating the Agudah’s 40th anniversary at a conference organized by the San Francisco-based NGO A Wider Bridge, which connects LGBT groups and activists in Israel with their counterparts in the United States, many of whom are non-Jews with only a tenuous connection, if any, to Israel.