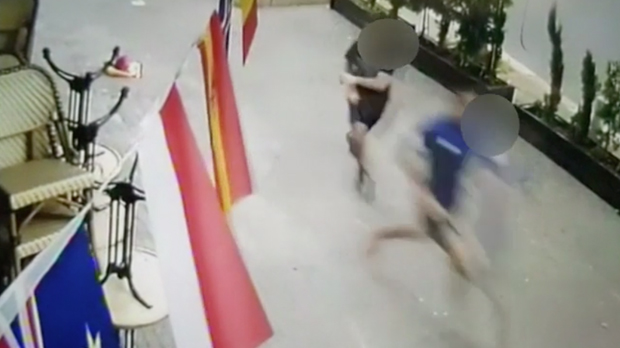 Alma cafe in Givatayim was decorated with rainbow flags last week to mark Gay Pride Week. The flags remained hanging as decoration for a discussion about the LGBT community to be held there, but when the staff arrived Wednesday morning they found the flags burnt on the floor. The management immediately alerted the local police. The teens who burned the flags were documented on security cameras. Watch. 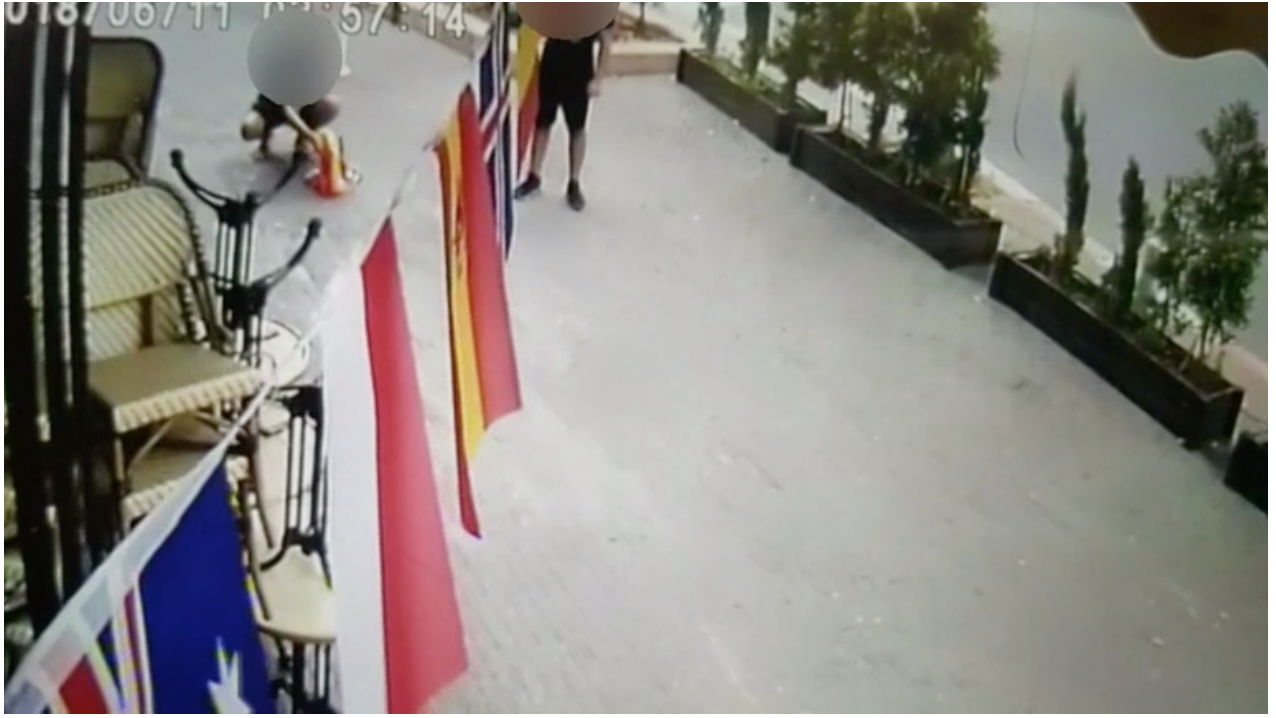 Rainbow flags at Alma Caffe in Givatayim were set on fire, and the cause of the action is yet unknown. The Giv’atayim police arrived at the scene,  gathered the findings of the security footage and began investigating the circumstances of the incident. In the documentation obtained by The News Online, you can see the young men lighting the flags on fire.

The rainbow flag were displayed to decorate the place for Pride Week and for a discussion with veteran out actor and drag performer Boaz Piper.

The manager of the cafe, Itamar Cohen, told the The News Online that “we arrived in the morning and saw the burnt flags on the floor and immediately filed a complaint, then we turned to the security cameras and saw the young men who did it.”

The Givatayim municipality said in response: “The burning of rainbow flags and of flags in general is a violent act, contrary to the attitude of the Givatayim municipality and its leader. The matter is being handled by the police and as far as we know two minors from another city were caught and admitted the action. Givatayim has always been and will continue to be a safe, pluralistic and inclusive for all its residents.”

The police said in response: “The suspects ripped out the flags in the coffee place and burned it. No other harm was done to the place of business and no injuries were reported. The Israeli police launched a quick and intensive investigation and after a few hours of searching, a 16-year-old suspect was brought to the Giv’atayim station and later interrogated by a youth dispatcher. After interrogation the suspect was released under restrictive conditions. The investigation continues.”