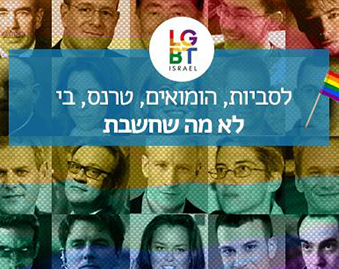 The all-volunteer LGBT Israel Facebook page points out news and photos about LGBTQ life in the daily discussion of the community in Israel. Now that the page has reached 10,000 followers, its managers consider “going out” of the internet to produce events in the real world.

Passing the 10,000 fan milestone earlier this week, “LGBT Israel”, is one of the top three most popular social media accounts for LGBT Israelis (the other two are Arisa and Assi Azar). “We now reach about 50,000 users a week with our approximately 30 posts a week,” says Eran Dey, the head manager of the page. “There are some outstanding posts, like the one about rent discrimination in Haifa which reached 140,000 people, and the post about Tel Aviv’s City Hall “wearing” the rainbow flag for Pride month.”

The LGBT Israel page started as a group back in 2007 that was mostly used by and managed by gay men. “When we first started the page Facebook wasn’t as big in Israel,” says Dey. “ After the Bar Noar murder it became obvious to me that our community needed an open channel for communication. Back then the founders (Tal Raz, myself and a few other friends) invited several community leaders to join us. At that time the page had barely 1,000 likes, so it was disregarded by most.”

In 2012 Eran looked to vary the page’s volunteer base, which eventually caused the posts to become much more diverse and the fanbase to grow from 1,500 likes to 10,000. “I realized that change starts at the bottom and I asked a few friends from other community organizations to join our team,” he says. “We created our own group where we decide what goes on the page and when. In the last two years people from all genders and LGBTQ “letters” have joined this amazing team that’s become like a second family to me.”

Now LGBT Israel uses the growing power of the mass of people connected to it to raise awareness for important issues for the community in Israel. “We often push forward agendas and real events by making the information more public,” says Eran. “For Pride 2013 we made a campaign that even Israel’s Health Minister took part in, along with many other politicians, cultural and entertainment personalities and of course the page’s fans.”

The latest idea of the pages’ managers is to start having actual events, where fans of the page can get to know each other personally. “I think it’s very important to ‘get out of the internet’,” says Elisha Alexander from the management team of the page. “For many LGBT people the internet is truly a life saver, especially for LGBT at risk, such as youth and the trans community. However, at some point it’s crucial to leave our comfort zone and meet people face to face. While at times the web can save us, at other times it can also bury us – many youth (and not only youth) experience bullying either for being different, or for not knowing the “correct” words to use – this is very prevalent within our community. And many times, especially in heated community discussions – such as the ones on the LGBT Israel page, we forger that there are people behind the screen and keyboard. We all know of the LGBT youth suicide risk, which is due to homophobia and transphobia, but less known is the fact that bullying within our own queer communities has also caused suicides. As far as I know, fortunately it has not happened in Israel, but it has in the US.”

What the managers are sure of is that they’re not settlng for 10,000 likes, and will continue growing the online community. “The online community is a great way to be involved and updated when you don’t have the time or the inclination to seek out communities in the “real world,” says Sophie Menashe of the management team. “I believe that it provides a safe and easily accessible environment for those of us who prefer to limit our involvement, but still say connected.” 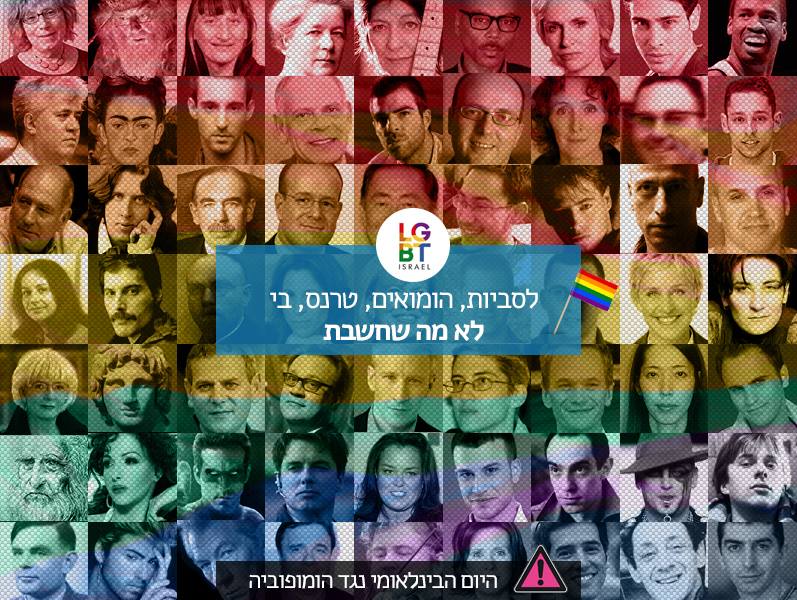 “Lesbians, Gays Trans and Bi, Not what you had thought” – LGBT Israel viral campaign for IDAHO Day