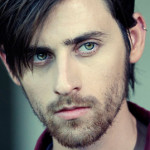 David Lavi was born in Beer Sheva and grew up in a very religious home on a Moshav in south Israel. He began singing during elementary school. At a young age he moved away from religion, but continued to maintain close connection with his family. During his high school years, he moved out of the family home and went to live with his grandmother in Jerusalem. At age 17, he began writing songs and composing them. During his military service he was cast in a military music group, but chose not to accept it, and eventually served in the Kirya in Tel Aviv in the Air Force. During his military service, he recorded a whole album, together with music producer Shai Saadia from Jerusalem, and released the first single, which was called “Cakes” just before he auditioned for Kochav Nolad (The Israeli equivalent of “American Idol .”)

In 2011 David participated in the ninth season of the show “Kochav Nolad “, gained a lot of popularity and finished up in second place. Many of his performances during the show helped him win the sympathy and appreciation of the audience and the judges, and what was so special about his performances, besides David’s captivating voice, was that his song choices always seemed to connect to his personal life. In the season finale, Lavi performed the song “The Flood ” by Rona Kenan, which was also the song that he performed in the auditions for the show.

On 6 February 2012, David Lavi released his debut single “Straight Away” on Israeli radio . The song was written and composed by Lavi , and the gender ambiguous reference is prominent in the song. In May 2013, David released his first single in Hebrew, “Shney Hadarim” (‘Two Rooms’), which he wrote by himself and which is a conversation between him and God: “How come You love me and don’t know what’s missing for me.”

Buy “Straight Away” on iTunes