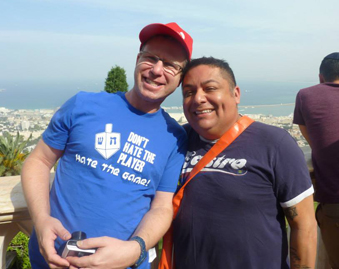 A Wider Bridge’s Journey to Israel alumnus George Guzman will speak tomorrow (Friday) at the American Jewish University in Los Angeles about his trip to Israel and his conversion to Judaism.

Guzman’s talk, which will rely mostly on his unique life story, will be a part of the “Miller Introduction to Judaism” program of AJU, which was designed to help people who are interested in converting to Judaism overcome doubts or fears they may have about the process. It also offers to teach everything you need to know to get you started with Judaism and help you to dig deeper inside yourself to make sure that this is the right decision for you.

“People always assume I converted because my partner Craig is Jewish. This couldn’t be further from the truth,” Guzman tells us. “This is my relationship with G-d, no man will define that for me”

Emmy-winner hairstylist George Guzman has been applying his skills for the Beauty Industry since 1995. Early in his career, George apprenticed under a group of former Vidal Sassoon stylists. Later, he was invited to join “The Young and the Restless,” the country’s #1 daytime drama, where he has worked with hair in a very different way. George has been with the show since 2002 and now holds the title of Senior Stylist. He has also worked on countless photo shoots, including those for the magazines, “Soaps in Depth” and “Soap Opera Digest.” 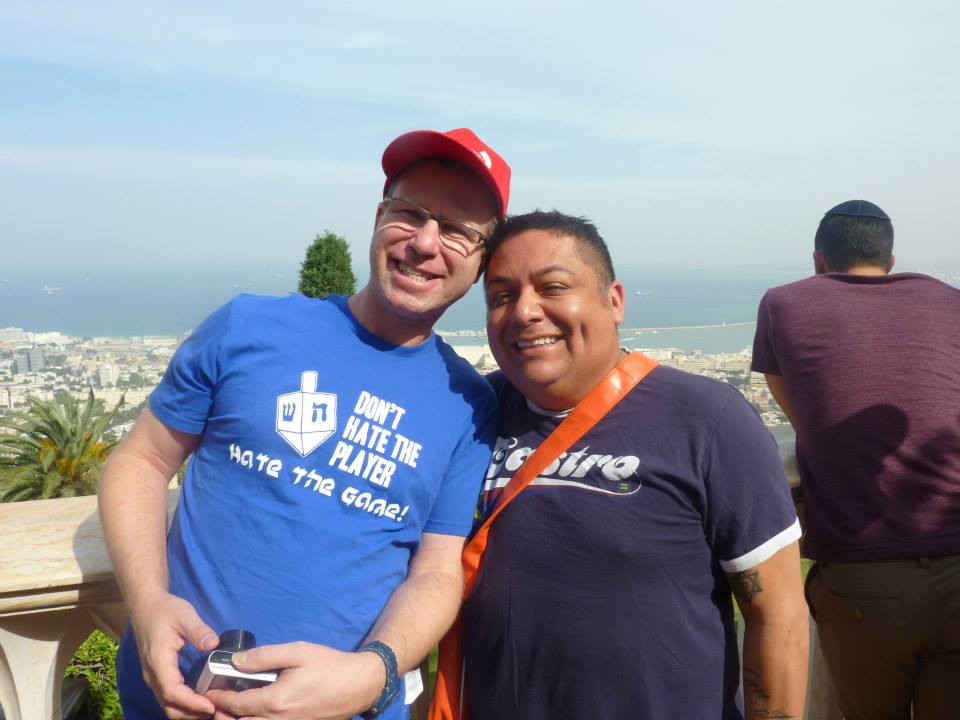 George Guzman (right) with his partner Craig in Haifa, during A Wider Bridge’s trip to Israel