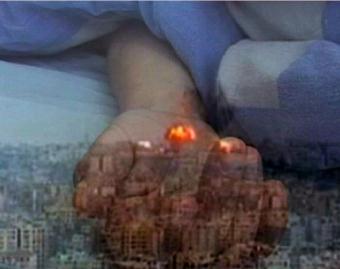 A touching and vulnerable experimental short about the filmmaker’s partner’s imminent departure from Israel set against the backdrop of the Israel-Lebanon War taking place at the time. Features Tel Aviv Lesbian social entrepreneur Anat Nir, co-producer of the Lethal Lesbians Israeli Film Festival, who screened this film and two others at the A Wider Bridge event Tel Aviv: How Pink Is It? in May, 2012.