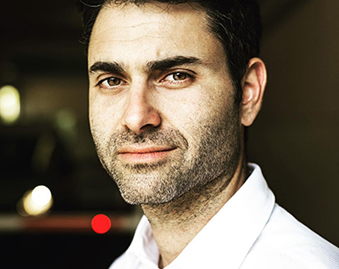 A gay member of the Tel Aviv Municipal Council on Wednesday said the Israeli government promotes LGBT rights in an attempt to divert attention away from its controversial policies towards the Palestinians. 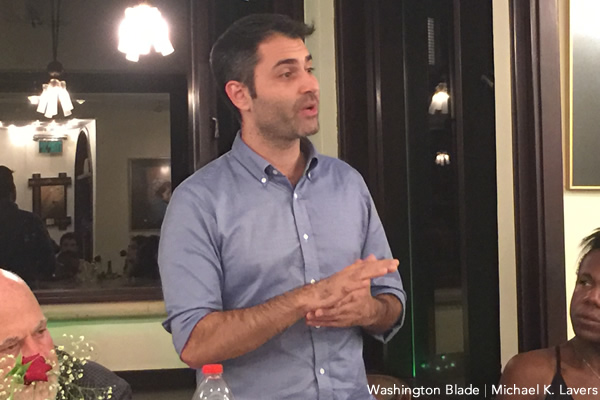 Mickey Gitzin, a gay member of the Tel Aviv Municipal Council, speaks to a group of Americans in Tel Aviv, Israel, on Nov. 16, 2016. (Washington Blade photo by Michael K. Lavers)

“The answer is yes,” said Mickey Gitzin in response to a Washington Blade question about “pinkwashing” while at a Tel Aviv restaurant. “It’s definitely used sometimes.”

Gitzin made the comment after he ate dinner with more than two dozen people from the U.S. who traveled to Israel and the West Bank with A Wider Bridge, which describes itself as an “LGBTQ advocacy group building connections between the Israeli and North American LGBTQ communities.”

Gitzin spoke with the group nearly a year after more than 200 people opposed to “pinkwashing” protested A Wider Bridge reception at the National LGBTQ Task Force’s Creating Change Conference in Chicago that was to have featured two staffers from Jerusalem Open House for Pride and Tolerance, an Israeli LGBT advocacy group.

The protesters demanded the National LGBTQ Task Force publicly endorse a campaign in support of a boycott, economic divestment and sanctions against Israel over its policies towards the Palestinians and their right to return to property in the country, the West Bank and the Gaza Strip that their families lost in the 1948 war that led to the creation of the Jewish state.