In April, following weeks of hospitalization, gay Israeli singer Amir Fryszer Guttman was informed that he had cancer. But now, having already gone through two months of chemotherapy, hope was returned. According to a new opinion he does not have cancer – but a less severe disease. 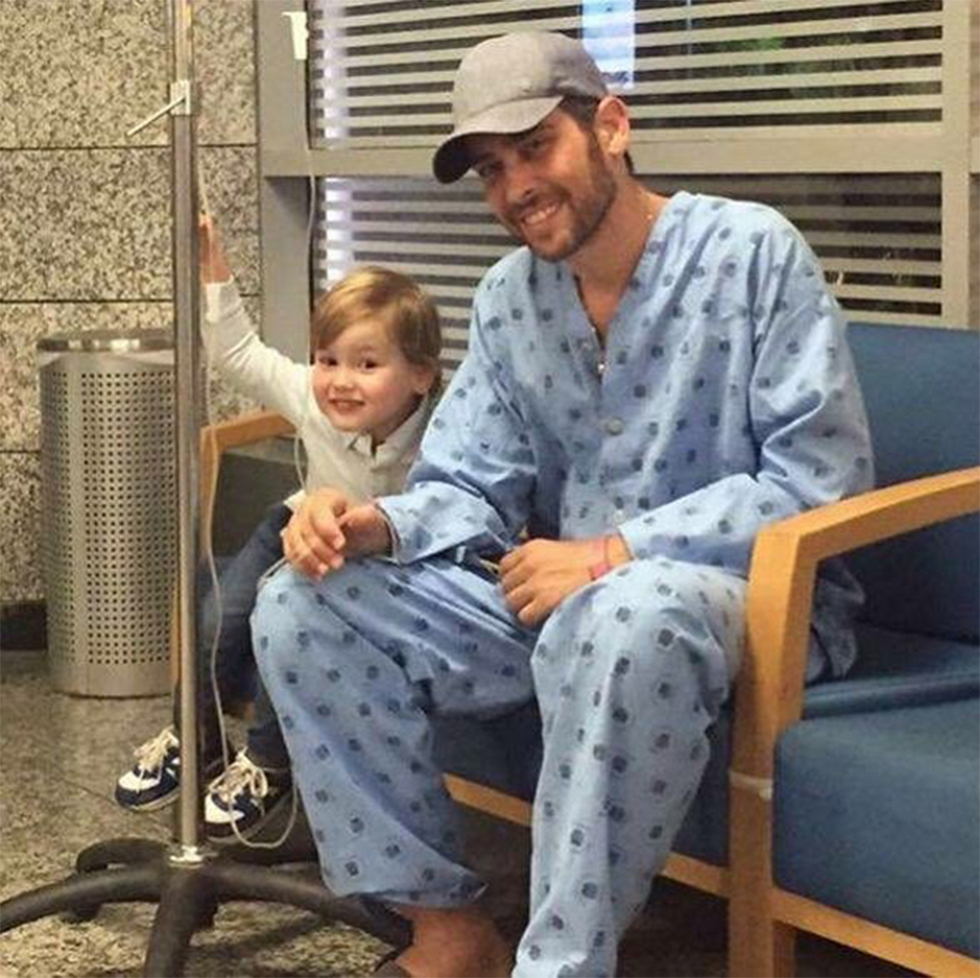 Amir, with son Roy, in the hospital

Gutman’s nightmare began in March, when he was admitted to Ichilov Hospital in Tel Aviv following a severe pain he was suffering from. He had been through a long series of tests at the department of dermatology, after which the doctors diagnosed him with cancer, non-Hodgkin’s lymphoma. From there the singer was admitted to oncology, where he began to receive intensive treatment that included chemotherapy.

“I received the news and the diagnosis of the doctors and I’m learning to deal with them,” said the star shortly after he learned about the diagnosis. “I am a believer and optimistic about the rest of the way ahead. I would like to concentrate now on my recovery. I thank the medical staff for the devoted care, and I believe that together we will win.”

Yedioth Ahronot and Ynet have learned that the chemo treatment Guttman went through hit his bone marrow, and subsequently he was informed that he would have to undergo a transplant. But this news apparently led to a turnaround: when the singer went to another medical center in central Israel a few weeks before the transplant, there arose the suspicion that he was treated wrongly and doesn’t have cancer at all. If there was a mistake in diagnosis it was due to the fact that Gutman apparently suffered an inflammatory disease with similar characteristics to lymphoma. However, this disease does not require the aggressive treatment that cancer does, and the recovery is quicker.

Friends of the singer say that a few days ago he flew with his partner Yanay Fryszer to a hospital in New York to get a second opinion, hoping to approve the new findings and deny the existence of any disease in his body. According to Amir’s associates, the couple came out optimistic from the examination, and they’re now awaiting an official approval that Guttman doesn’t have cancer. “According to what appears to be, Amir got his life back,” says one of his friends. “It’s just amazing, a great happiness. Let’s hope the tests in the US will completely invalidate the diagnosis of cancer.”

Ichilov hospital refrained from responding, “for reasons of medical confidentiality.”