Rabbi David Dunn Bauer, a longtime friend of A Wider Bridge, was a key-note speaker at this year’s World Conference of GLBT Jews , that was held in Winnipeg,  this past weekend. 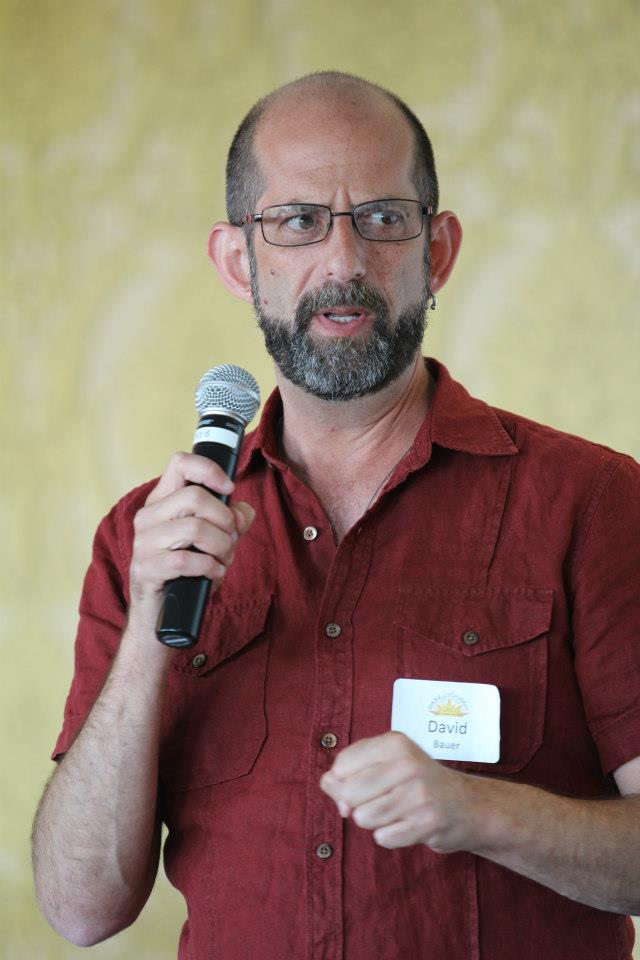 Rabbi Bauer, who was ordained by the Reconstructionist Rabbinical College in 2003, spent the first 20 years of his adult life working internationally directing theatre and opera. From 2000 to 2010, he served as spiritual leader of congregations in Great Barrington and Amherst, Mass.

He’s currently a queer spiritual counselor based in San Francisco and serves as the Bay Area director of programming for Nehirim, a national U.S. group for gay, lesbian, bisexual and transgender Jews.

As well as leading services at the 21st World Conference of GLBT Jews, held July 5 to 7 in Winnipeg – it was the first time a Canadian city has hosted the event – Rabbi Bauer led two workshops, the first on July 6 on  “Jews and Gender Non-Conformity in Cinema” and the second on July 7 focusing on comparing traditional Jewish sexual ethics with gay sexual ethics.

Keynote speakers at the conference were transgender memoirist and poet Joy Ladin, and Jay Michaelson, the founder of Nehirim and the author of five books, most recently God vs. Gay? The Religious Case for Equality.

Orthodox Judaism, he pointed out, emphasizes modesty. “It is not considered proper among Orthodox Jews to see other men naked,” he said, also citing the rules in the Torah about not uncovering nakedness.

Orthodox Judaism, he continued, also teaches that we have an obligation to please our partners sexually and that the primary purpose of intercourse is for procreation.

Read the full story on The Canadian Jewish News