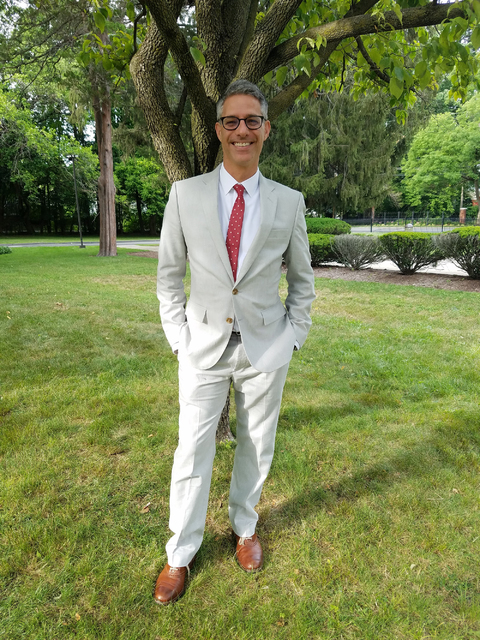 Joel Alter knew from an early age what direction he wanted to go with his studies and career.

“I grew up in a wonderful home and community,” he said. “There were many role models of people living joyful lives of Jewish commitment and I had the privilege of a solid Jewish education.

“But it wasn’t long after college I knew I wanted to be trained as a rabbi to contribute to the joy, meaning and responsibility of passing along Jewish tradition and strengthening the Jewish community.”

In 1996 he received rabbinic ordination and earned a master’s degree in education from Jewish Theological Seminary in New York.

“I now had a religious identity but not as much in my personal life. I wanted to be like those around me, married with children, but there was no one in my circle like me. That’s when I realized I was gay.”

Rabbi Alter will talk about his journey toward acceptance at 7 p.m. Thursday at Midbar Kodesh Temple, 1940 Paseo Verde Parkway in Henderson, as part of its celebration of the Festival of Sukkot.

Alter first had to come out to himself, but he was not free to express himself as a gay man. Homosexuality in Conservative Judaism was forbidden at the time, so he was forced to keep his secret.

In time, a grass-roots movement of the Jewish LGBTQ began to work toward a change in Conservative Judaism’s position. By 2006, a reversal of the traditional prohibition was adopted, and Alter was able to come out in his religious life.

“It was a very affirming, joyful thing that I could live a more integrated life,” he said, noting he began volunteering for groups in the LGBTQ community.