Last week, a number of LGBT-rights laws failed to pass in the Israeli Parliament. Among them, there was a bill that would have equated the rights of gay and straight families of soldiers who have died in battle. Omer Nahmany, an Israeli military officer (Currently in the reserves force), turned to Facebook, and wrote a brave and emotional post in protest. 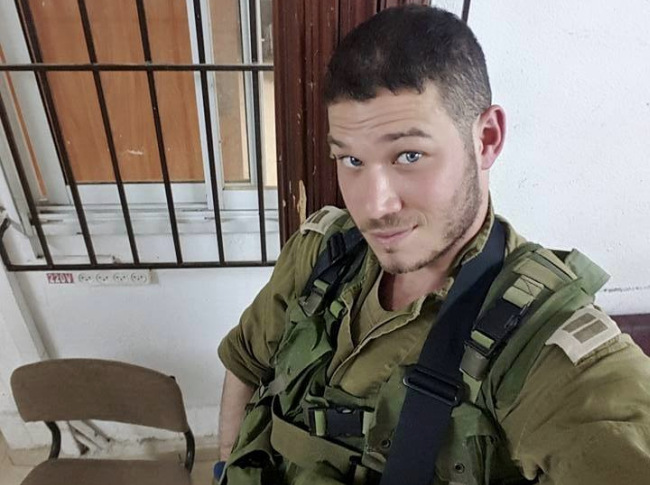 In addition to the demonstration held on Saturday in front of the government offices in Tel Aviv, a new Facebook page was launched, called “Gay Reserve Soldiers Demand Equality”, in which personal posts of LGBT people will be uploaded, telling about their service in the defense forces, the quest for equal military law and and the disappointment at the failure to deliver Pro-LGBT laws in the Knesset.

The first post was written by Omer Nachmani, a military officer reservist. It had already went viral all over the world. “Avi Buskilia and I are behind this initiative,” Nahmany told Israeli website Mako. “At the moment, if spouses have no biological children – the state doesn’t recognize them as a bereaved family.”

“We want to tell LGBT reservists: These are your rights,” said Nachmani, and adds: “We received a lot of supportive comments so far. It’s a consensus, there is no house without soldiers in Israel, so this is not a controversial subject. Equal rights for LGBT people is still perceived as sectarian, but this struggle has the potential for becoming a broad public struggle.”

My name is Omer Nahmany, 25-year-old, a Second Lieutenant in the artillery corps – and a homosexual.

I grew up in a house that taught me to love Israel, my country. My father, a military officer and a reserves volunteer to this day, has taught me all my life that serving in the army is not something you compromise on.

When I was drafted, I fought hard to become a fighting soldier, despite health issues – and was enlisted to the artillery corps.

During my service it was obvious to me that I would go to Officer’s school, and eventually I became a [Military] officer, as I’ve always dreamt.

Many times during my service, I was asked – ‘Why would you want to be gay and a combat officer? Wouldn’t you rather serve someplace more comfortable, and not in the middle of the desert or on the battle lines? Isn’t it a contradiction – being gay and being a combat officer?’