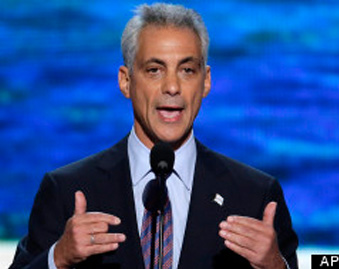 “The City of Chicago and the State of Illinois have a special place in our nation’s history as leader in our nation’s struggle to equality to all,” Emanuel, whose father is Israeli, wrote Tuesday. “Marriage equality is the next step in our nation’s march forward. Illinois must lead the way.

Read the story on the Chicagoist