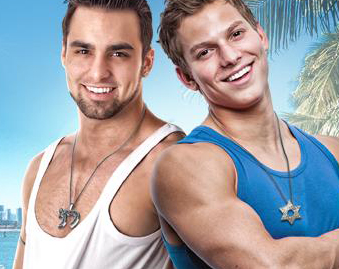 Gay Jews are getting together for a weekend of fun in the South Florida sun, April 24-26. Shvitz! – a Yiddish word meaning sweat – is the title of a new event designed to bring gay Jewish guys and their admirers together.

“Our crowd is the husband hunting crowd,” said Jayson Littman, who described himself as the official Shvitz! Yenta.

Advertised as the “He’bro Destination for Gay Jews and Those Who Love Us,” Shvitz! is modeled after similar parties that Littman has thrown in New York during High Holy Days. He said his He’bro brand started in 2008 on Christmas eve and, thanks to Facebook, grew into a popular and eagerly anticipated party.

The Marriott Pompano Beach Resort and Spa is the host hotel for Shvitz! and hotel rooms and weekend passes can be purchased at www.shvitzweekend.com