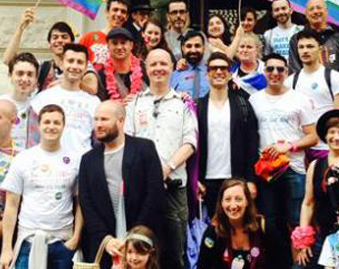 Increasing support from synagogues across a growing number of movements, as well as the growing success of groups such as Keshet UK, Beit Klal Yisrael, Rainbow Jews and the Jewish Gay and Lesbian Group (JGLB), has revealed a diverse spectrum of LGBT Jewry, all with voices and roles to play. 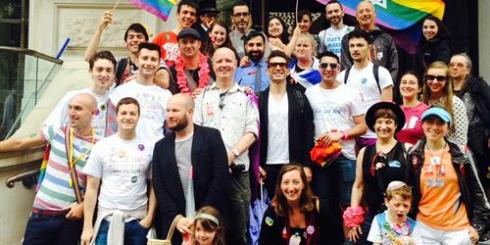 Benjamin Kaye has one regret. He never assured an elderly relative of his that he was not alone and did not have to suffer in silence.

Mr Kaye’s relative, like him, was gay. But he never said so. His generation rarely did and he died, aged 88, never having spoken of it.

“He died alone, never marrying or having kids, just a bitter old man,” said Mr Kaye. “He never came out during the whole of his lifetime. Back in the 1920s, when he was born, you couldn’t be who you wanted to be. It’s sad really. His family never knew the real him and he found it difficult to relate to me, because I wasn’t shy about who I was.”

For the 36-year-old auditor from Maida Vale, the cultural landscape has changed beyond recognition.

Where his relative feared ostracism, he came out with ease, prompted by his mother turning to him one day and saying: “All we would like is for you to meet a nice Jewish boy.”

He now runs the Gay Jews in London social group, confident one can be gay, lesbian, bisexual, transgender, and still very much Jewish.

“It is important to have the Jewish side of LGBT because when you meet a Jew, straight away you have an understanding of their culture and their morals. If you’re gay and Jewish, you have that two-fold. There is a lot in your life you don’t need to explain, not least the guilt, the overbearing mother, or how you could possibly look forward to eating eggs dipped in salt water. That is a nice feeling.”

Continue reading on the Jewish Chronicle