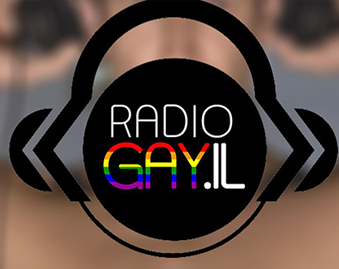 After a long period of trial broadcasts, the first radio station in the country designed for the LGBT community goes live. Radio GAY-IL plays Dana International, Ivri Lider, Offer Nissim, exclusive sets from Israeli DJs. Many more surprises await you with one click from anywhere in the world. Give it a chance and you’ll probably become addicted.

The first gay radio station in the country, Radio GAY-IL, was actually founded in 2014. Since then it was only playing music 24 hours a day. After a long period of trial broadcasts, now it officially begins live broadcasts. The station can be heard on the Internet from anywhere in the world, and also from the mobile app called GAY-IL.

Behind the microphone and the idea stands Nisso Mix, 32, from Ashkelon, who is a DJ in various clubs and also a radio host. “There is no reason why we can’t have a station with songs we love the most,” says Nisso. “My vision is to have dozens of listeners, especially from abroad, and to broadcast live from various gay parties in Tel Aviv. Currently there’s only one party that we broadcast live every Tuesday from midnight (Israeli time) – which is the “Kululu” from the Lima Lima club in Tel Aviv, where I’m the resident DJ.”

Nisso says that he got the radio bug at age 13: “My parents bought me a microphone and a recording machine and I started recording myself on tape. I would give the tapes to family members and the rest is history. At 18, I started to collect music of the ’80s, and later opened a pirate radio station in the area until I was caught. Since then I broadcast on community radio stations sponsored by the Voice of Israel.”

Besides the LGBT playlist, Radio Gay-IL currently offers more content. “During the day we broadcast exclusive sets from Israeli and foriegn DJs, and occasionally news segments. In the near future we will khave a segment for break-out singers who seek exposure and don’t get it on other stations. At our station everyone is a star and can get a stage. In addition, a dating show with an open line to listeners is in the making, hoping that through our radio – couples will be introduced.”