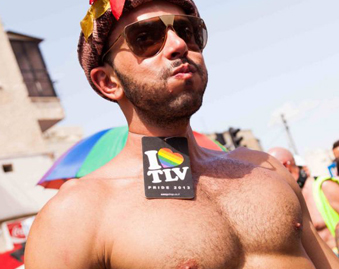 Tel Aviv is promoting itself at the Naples Mediterranean Tourism Bourse (BMT) as a gay-friendly city with ‘sex appeal’ as part of its bid to draw more youths to the city.

The Israeli national tourism bureau noted that there would be a Gay Pride Festival in Eilat on May 7-9 and one in Tel Aviv on June 4-14. The niche market is one that Israel is enjoying ever greater success in. Tel Aviv is considered one of the most gay-friendly cities in the world. New flights from March 30 will connect Naples with Tel Aviv and cut travel time to only three hours.

The Israeli city has long attracted young crowds and was recently inserted onto Thrillist.com as a city with one of the ‘sexiest neighborhoods’ in the world.

”Israel’s renowned for its gorgeous citizenry, having produced the wonders that are Bar Refaeli and Gal Gadot, but Tel Aviv in particular serves as a crossroads of international and domestic hotties.”