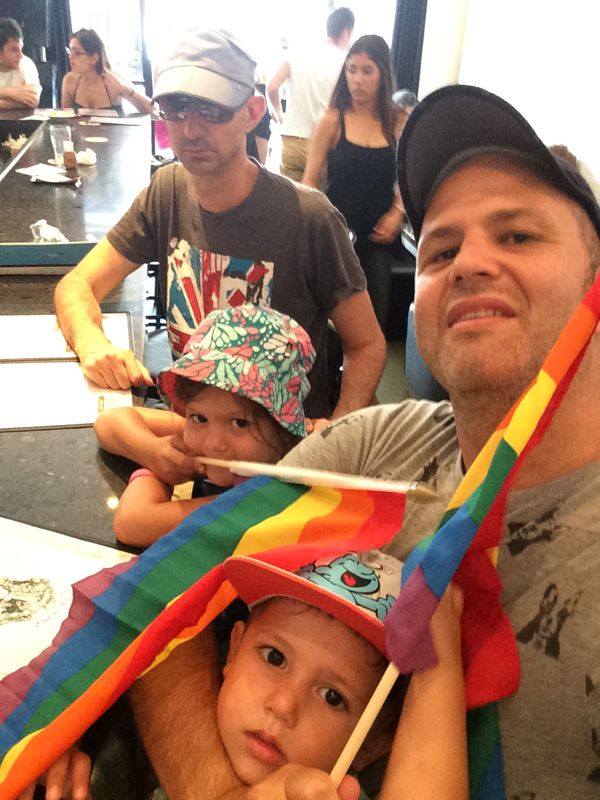 For the first time, an Israeli court has ordered the Interior Ministry to register a baby born to a gay couple using a surrogate mother abroad as their child, without requiring tissue testing to prove the paternity of one of the parents.

The Tel Aviv Family Court on Sunday ruled in favor of the couple, whose son had been born to an American surrogate. Deputy Court President Naftali Shilo was persuaded by the legal and medical documents and an expert medical opinion that one of the claimants was the child’s father. The judge even granted a parenthood order to the biological father’s partner, exempting him from having to go through the adoption process usually required in cases of foreign surrogacy.

The decision is expected to affect other Israelis who pursue surrogate births abroad, and who are required to do tissue testing after birth and wait for several weeks abroad until the results prove a biological link between the child and one of the parents. Only then can the parents bring the child to Israel. This contrasts with a child born abroad via a regular birth, who is registered by the Interior Ministry based on the foreign birth certificate and a declaration by the parents. Couples who use surrogate mothers in Israel are also not required to undergo tissue testing, but same-sex couples cannot do surrogacy in Israel.

The court decision was based on a statement by the High Court of Justice two-and-a-half years ago that a biological link between parent and child can be proven by ways other tissue testing.

The court refused the petition of the couple, Doron Gideony-Maged and Doron Mamet-Maged, who argued that they were being discriminated against because they were a same-sex couple and wanted to be recognized as the parents based on the parenthood order issued in the United States. The justices did, however, say that there is no real need for tissue testing.