Matt Adler, a gay activist from Washington, D.C., is a proud oleh chadash (new immigrant) to Israel. His blog chronicles his cultural, religious, and social experiences in his new home.  Matt invites you to join him in his journey. 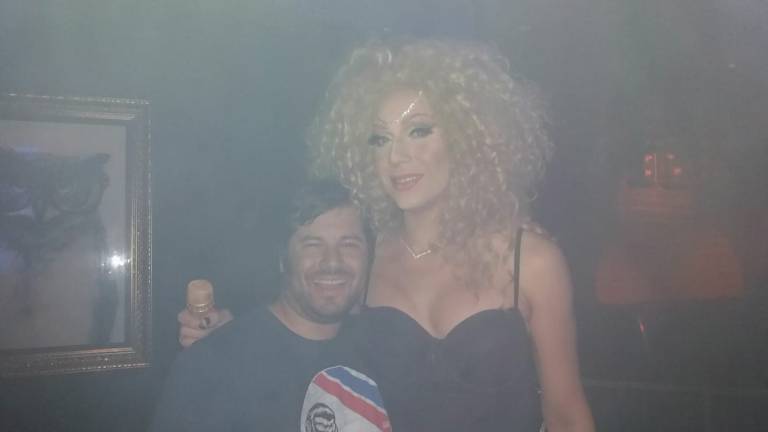 I grew up as a Reform Jew active in every possible aspect of the movement.  When I made aliyah, I was certain to connect with Reform communities- I would never live in a city without one.

Another reason I chose to live in Tel Aviv was because of the queer community.  It is a city that is arguably gayer than anywhere I’ve ever lived- and I’ve lived in Washington, D.C., Fort Lauderdale, Madrid, and Barcelona.

Oftentimes, I felt like my sexual identity and my Jewish identity had to be separate.  When I was in one community, I was almost always still a minority due to my other identity.  While Reform Jews are largely accepting of LGBT people (in particular the NFTY youth group), I faced sometimes intense homophobia in my community.

And in the gay community, I also at times faced anti-Semitism or felt excluded.  I remember going on several dates with a non-Jew and everything seemed to be going well and then suddenly he broke off the relationship because I didn’t eat pork.  At the time I didn’t really care if he ate pork, so it seemed rather odd and when I pressed him on it, it was clear there was an anti-Jewish sentiment behind it.

And sometimes, I felt like the gay community really prized white “straight-acting” gay men above other members of the community, including physically.  Above blacks, Latinos, bisexuals, trans, and- in my experience- Jews.  While I strongly believe that most LGBT people in the U.S. are not anti-Semitic, I can’t deny that at times I felt uncomfortable or out of place in the community.

Which brings us to tonight.

I found a friend going to a gay pop music party.  I usually just chill with friends and eat on Shabbat and walk around.  But having no great alternative tonight and having the itch to get out of the house, I made a move and I went.

What a great decision.  First of all, it was my first Tel Aviv gay party.  And it was fun.  The music was also great.  Hearing a bit of American pop music was a nice escape from the stress (even the interesting stress) of everyday life here.  Also there were some cute guys- not the super muscle-y ones you see on the beach, more like cute nice Jewish boys.  It felt comfortable.  Also, pretty much everyone was Jewish- a completely unique experience.

Only in Israel – only in Tel Aviv – do I feel my queer and Jewish identities meld.  Not at a conference, not at an event, but rather in my day-to-day life.  I don’t have to compromise on either important aspect of my self to live here.  And that is a gift – one that I hope I can inspire my Sabra friends to recognize and my American Jewish friends to respect.